UPA’s Healthcare Claims: How Does It Stack Up 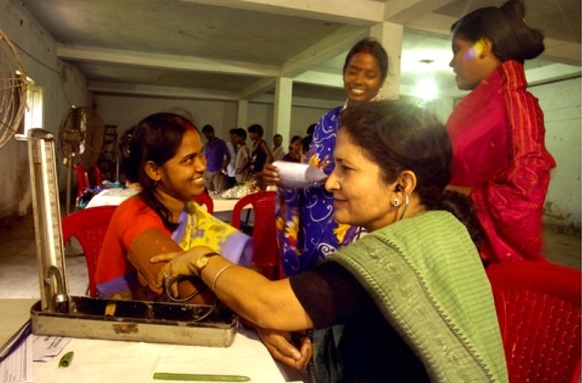 With elections on their mind, the United Progressive Alliance (UPA) led by the Congress party has allocated more than Rs 600 crore for advertisements highlighting the achievements of the Government. The ads have been placed on different platforms ranging from television, newspapers, radio and even the social media.

IndiaSpend will try to place the claims in the right context, and do a Fact Check on whether the spending by the Government has truly met its desired objectives.This time, we shall look at the advertisements that concentrate on the health sector.

The UPA Government has made the following claims regarding health:

The claim is, indeed, true and a cursory look showus in a very positive light. But if we look at other countries, especially our neighboring nations, it is shocking that all of them have better life expectancy than India. And none of these countries have seen economic growth like India.

Increased life expectancy is also leading to an increasing population of the elderly as reported earlier by IndiaSpend. According to United Nations Fund for Population and Development (UNFPD), the proportion of elderly (above 60 years of age) is expected to increase from 8.3% of the total population in 2013 to 18.3% by 2050. India is 73rdamong 91 countries when it comes to spending on healthcare of the elderly, according to UNFPD.

The Government has claimed that health sector spending will be increased 335% to Rs 3 lakh crore under the 12thPlan.

The total health sector spend during the 11th Plan was Rs 89,576 crore. If we look at health spending as % of GDP, it was 1.74% during the 10thPlan and it increased to 1.97% during the 11thPlan. While actual allocation is increasing over 300% during the 12th Plan, it will actually be lower at 1.87as a % of GDP.The figure is also much less compared to the global average of 6%.

We had pointed out in an earlier article that despite an increase in health spending of Rs 194,000 crore between 2007 and 2012, India continued to miss all key health targets. The following table shows how difficult it is likely to be to achieve the goals of the 12thPlan:

Even though IMR has improved, it is still below the United Nations-mandated millennium development goal (MDG) of reducing it to 27 deaths per 1,000 live births.

The graph above shows that India has the highest under-5 child mortality among all BRICs countries.The IMR for India is higher than the world average as well.

The Government has approved the proposal for strengthening and restructuring the Integrated Child Development Scheme (ICDS) with an overall budget allocation of Rs. 1,23,580 crore during the 12th Plan.

The scheme has been fraught with issues, particularly pertaining to quality of services delivered. A CAG report on ICDS highlighted the fact that anganwadi centers are inadequately staffed and there is lack of proper equipment in these centers.

So, while the Government can pat its back for increasing spending on the health sector, there is still a long way to go before we even begin to meet the committed levels of healthcare.