UP Plans Cow Shelters In Jails 69% Overcapacity, 33% Short Of Staff 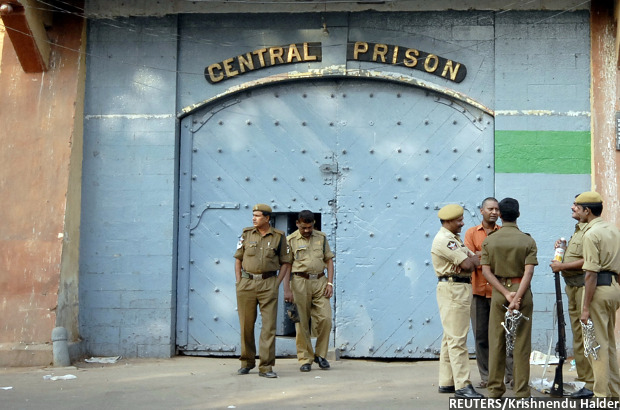 The jails of Uttar Pradesh (UP), overcrowded and understaffed, are in no position to house gaushalas (cow shelters) as the state government recently proposed.

The prisons of India’s most populous state are 69% over capacity--compared with the national average of 14%--and have only two-thirds of the staff they need, according to 2015 prison statistics, the latest available with the National Crime Records Bureau (NCRB).

The highest occupancy rate was reported in Dadra & Nagar Haveli, 277%, more than any other state and union territory, followed by Chhattisgarh (234%) and Delhi (227%).

“We have manpower and most jails have adequate land to set up gaushalas. Naini Jail in Allahabad already has a gaushala,” minister of state for jails Jai Kumar Singh had said of government plans for jail gaushalas. “We are looking at the possibility of starting gaushalas in other jails. Our plan is to run them with a little grant from the government and utilise the assistance from social workers and citizens.”

UP has more undertrials than any state

Furthermore, human rights activists have often raised the subject of the living conditions of prisoners in jails.

Since 2013, the Supreme Court has been hearing a suo motu case involving inhuman conditions in 1,382 prisons in India. In this case, the bench comprising of justices Madan B Lokur and RK Agrawal issued directives to all states in February, as The Wire reported on April 11, 2016.

(Saha Saha is an MA Gender and Development student at Institute of Development Studies, University of Sussex.)