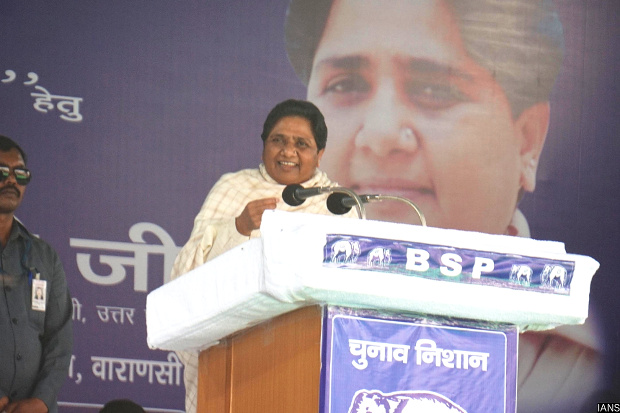 ?Bahujan Samaj Party chief Mayawati during a rally in Varanasi on March 4, 2017. BSP has the highest proportion of serious criminals and highest average assets per candidate among the four big parties contesting the assembly election.

A quarter of candidates in Uttar Pradesh (UP) are serious criminals—charged with cases related to rape, murder, attempt to murder, kidnapping, culpable homicide, communal disharmony, electoral violations and crimes against women.

Punjab has the richest candidates but the worst education indicators and Goa, despite having the highest crime rate—crimes per 100,000 population—under the Indian Penal Code (IPC) has one of the least criminal candidates, according to an IndiaSpend analysis of data compiled by Association for Democratic Reforms (ADR), an advocacy.

North-eastern Manipur, simmering with ethnic conflict, has the highest number of graduates, post graduates and doctorates as candidates, lowest average assets per candidate and the highest proportion of candidates not having filed income tax returns.

Goa has the highest crime rate--156 crimes per 100,000 people as per cases under IPC--according to NCRB data.

The proportion of criminals among candidates is 16%—which is the median among the five states—and that of serious criminals is about 8%, the second best after Manipur at 3%.

Uttar Pradesh, which has the second best IPC crime rate at 112 crimes per 100,000 people, has the worst proportion of criminals getting candidature in major political parties like the Samajwadi Party (SP), Bharatiya Janata Party (BJP), Congress and the Bahujan Samaj Party (BSP).

With regard to crimes registered under state laws, for example SC/ST Atrocities Prevention Act, Electricity act and Excise Act, UP leads the five states with 1,181 crimes per 100,000 people.

Uttarakhand follows with 841 while Manipur registers the least with 39 per 100,000 population.

UP: Poor state but candidates are crorepatis

Goa has long been India’s richest state in terms of per capita income (excluding union territories). Till the turn of the century, Punjab followed Goa to be the second richest in India, but since then, income growth of the northern agricultural state has reduced and Punjab ranks 11th among states (excluding UTs) today.

As many as 80% of candidates across major political parties in Punjab are crorepatis while the state had a per capita income of Rs 97,000 per year in 2014-15, third among the five states.

Manipur is the only state in which the proportion of crorepatis is less than half of the candidates of major political parties.

With about 90% candidates having passed Std X compared to 54% in Punjab and 35% candidates as graduate professionals, post graduates and doctorates, Manipur will probably have a ‘well-educated’ state assembly.

Manipur has a net enrolment ratio (NER)—percentage of children enrolled in that level of schooling—of 53% at the higher secondary level; meaning 53% of children enter Std XI after passing Std X.

UP has the worst NER at 34%, and a third of its candidates are educated only till Std X.

Manipur has 55% candidates between 50 and 80 years as well as the least proportion of women candidates.

UP has the youngest contingent with 69% candidates in the 25-50 age group, followed by Uttarakhand with 62%.

Only 4.2% of the 265 candidates in fray in Manipur are women compared to 9% in UP--the highest among the five states.

UP was India’s first state to have a woman chief minister: Sucheta Kripalani led India’s biggest state from 1963 to 1967.