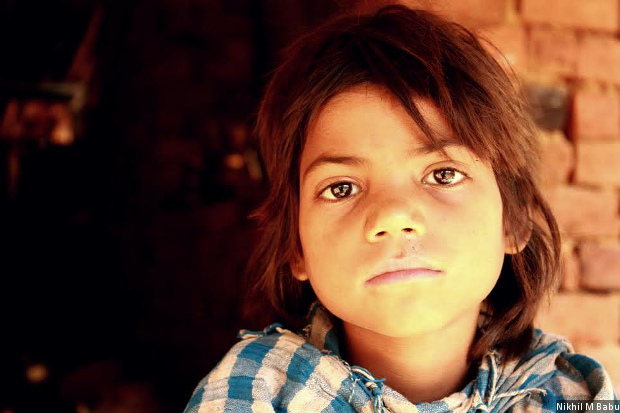 Poonam, a resident of Pachkol village in Chhindwara district in south-west Madhya Pradesh, belongs to the Bhariya community, categorised as a Particularly Vulnerable Tribal Group. There is a 44% shortfall in the healthcare infrastructure in the tribal areas of Madhya Pradesh despite the fact that, last year, the state government had left in hand Rs 4,000 crore allocated for tribal welfare.

It was raining heavily last monsoon when Heerabai’s youngest child, Seshkumari, 4, collapsed with a fever. The family could only watch helplessly as her temperature soared and she turned delirious late night.

The nearest primary health centre for Pachkol, Heerabai’s village in Chhindwara district in south-west Madhya Pradesh, is 25 km away. And every monsoon, the swollen Bhagbhel river floods the road linking the village to the health centre. If you fall sick, said residents, you have very little hope of finding any medical help.

“My daughter couldn't even recognise us as the fever got worse at two in the morning,” recalled Heerabai, 30, lean and noticeably weak. That morning, she lost her daughter.

Heerabai and her three surviving children belong to Bhariya community, classified as a Particularly Vulnerable Tribal Group (PVTG). Her tragedy is the consequence of a 44% shortfall in the healthcare infrastructure in the tribal areas of Madhya Pradesh. This is despite the fact that, last year, the state government had left in hand Rs 4,000 crore allocated for tribal welfare.

IndiaSpend’s investigations, through a series of right-to-information (RTI) requests, reveal that over the last 35 years, Rs 2.8 lakh crore ($42.6 billion) set aside to improve the lives of scheduled castes (SCs) and scheduled tribes (STs) by way of measures like mid-day meals, scholarships and crop insurance was simply not spent. The second part of the series explores why the funds remain unspent.

NITI Aayog, the Planning Commission’s new avatar, which monitors these funds, verified the figures calculated by IndiaSpend. However, CEO Amitabh Kant distanced the organisation from the issue of inadequate fund utilisation. “We are just (the) monitoring agency for the funds and it’s the states and ministries that have to spend more. But we will step up the monitoring and the present government is working on it,” he told IndiaSpend.

The unspent amount--either lapsed or given back to the Centre--is eight times larger than India's agriculture budget, enough to fund India's rural road construction projects for the next 15 years, and larger than the gross domestic product of Serbia, Nepal or Jordan. If India were to distribute the Rs 2.8 lakh crore among all of India's 250 million STs and SCs, each would get Rs 11,289.

As per guidelines, a part of the budget--proportionate to at least the population of SCs and STs--at both central and state levels is to be set aside for these marginalised sections. The current population of SCs and STs in India is 16.6% and 8.6%. So, 16.6% and 8.6% of the Union budget should be allocated to SCSP and TSP, respectively. The same applies to the states too.

Not just that, each ministry, whether state or central, has to keep aside the same percentage of their total funds for SCSP and TSP to carry out individual, family or habitat development works and welfare schemes for SCs and STs.

For instance, the human resource development ministry has to set apart funds under the two strategies for building schools, providing nutritious meals and scholarships and other similar measures for SCs and STs. Similarly, the agriculture ministry has to set aside funds for providing subsidised seeds and fertilisers and crop insurance to SC and ST farmers.

The funds are ‘non-lapsable’ as per the guidelines issued in 2006 and 2014 by the erstwhile Planning Commission, now NITI Aayog. But low spending has crippled the effort. Records show that no matter which party is in power, SCs and STs rarely benefit from these funds.

Most states guilty of neglecting the funds

Source: Response to Right to Information requests; Data for 2005-14

The percentage of unspent funds was 61%, or Rs 4,643 crore, for Telangana in 2014-15. The real unspent amount will be even higher, because data on expenditure are not available for many years with the various governments.

P S Krishnan, a bespectacled 83-year-old retired IAS officer and former Secretary to the Government of India, was the man behind the introduction of SCSP in 1980. He spoke animatedly about how former Prime Minister Indira Gandhi cut through red-tape by issuing a letter to roll out the strategy.

Krishnan’s face darkened as he talked of its tardy implementation. “Politicians and bureaucrats have always remained apathetic to the most backward classes--dalits and adivasis,” he said.

In the letter announcing SCSP in 1980, Indira Gandhi wrote: “While they constitute 15 per cent of the total population of the country, their proportion is much larger in the poverty groups of the country, most of the SCs are below the poverty line.”

Thirty-six years on, the situation has not changed much.

Adivasis and dalits still matter the least when it comes to the provision of even basic facilities like household ownership, electricity, latrines and water connections. Where they do figure prominently are in statistics relating to child mortality, school dropouts and extreme poverty.

For instance, the child mortality rate among STs (35.8) is almost double in comparison to all social groups (18.4). In July, IndiaSpend had reported on how much SCs and STs lag behind.

In the house next to Heera’s two-room tenement, an electric bulb hangs from the roof, but it’s filled with kerosene. It has a wick instead of a filament. Actually, Pachkol, with all its woes, is marginally better off than Jad, a village about a three-hour trek away. It has no electricity, water supply or roads. 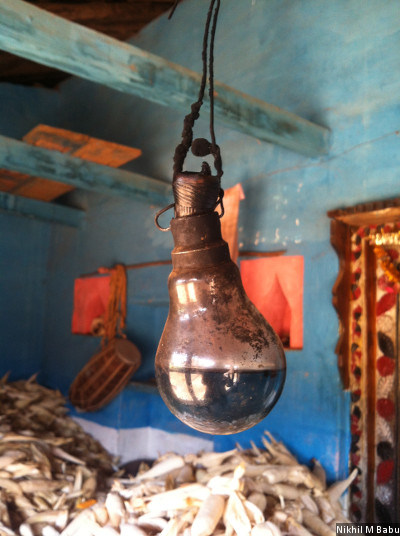 In Pachkol, a supposedly electrified tribal village in Chhindwara, Madhya Pradesh, a bulb works as an improvised kerosene lamp, a wick in place of the filament. Adivasis and dalits still matter the least when it comes to the provision of even basic facilities like household ownership, electricity, latrines and water connections.

How do the villagers travel? “We ride her and even take the ill to hospital on her,” says teenager Sriram, pointing to Kalli, his bay mare. Jad also has rusty electric poles, over a decade old. They stand without any wiring, an election promise that was never fulfilled. 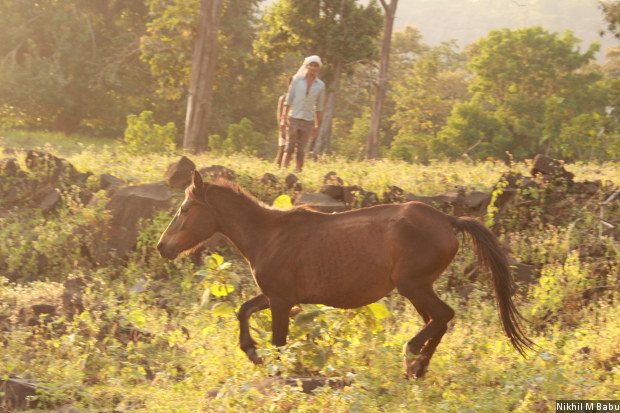 Jad, another tribal village in Chhindwara district, Madhya Pradesh, has no roads. Sriram, a teen, says his mare Kalli is used to transport those who are ill to the nearest town. The village has no electricity, water supply or roads. There are some rusty electric poles, over a decade old. They stand without any wiring, an election promise that was never fulfilled.

What happens to unused funds?

The National Democratic Alliance (NDA) has not changed the 35-year pattern of neglecting to spend the funds. As part two of this series will explain, Prime Minister Narendra Modi's first year in office saw the highest amount unspent and also the highest percentage of amount unspent over the last three years.

As per the guidelines, the funds that remain unspent at the end of a financial year are supposed to be transferred to a non-lapsable central pool to be used later.

But that, actually, is not what happens.

“The concept of transfer of unutilised TSP funds to NLCPTF (central pool of TSP funds) remained a non-starter,” the comptroller and auditor general--the government's auditor--had noted in this 2015 audit report of TSP funds.

A senior NITI Aayog official, who spoke to IndiaSpend on condition of anonymity, confirmed that unspent funds are being “lapsed”, not carried forward to the next year as per rules. “The committee is informed that there has been ‘poor utilisation’ of the allocated funds for welfare of SCs and STs,” says NITI Aayog in its latest guidelines to the states.

In January 2016, with only three months left for the financial year to end, the Karnataka Chief Minister warned officials of strict action against some departments for keeping the expenditure as low as ‘0.87%’.

Outside Heera’s home, a group of villagers had gathered. They were reluctant to speak up about their lives. One man, however, disagreed with the silence: “We need to talk about our problems; only then, they will be solved.”

This is the first of a two-part series. Tomorrow: Under Modi, Record Rise In Unspent Funds For Dalits/Tribals