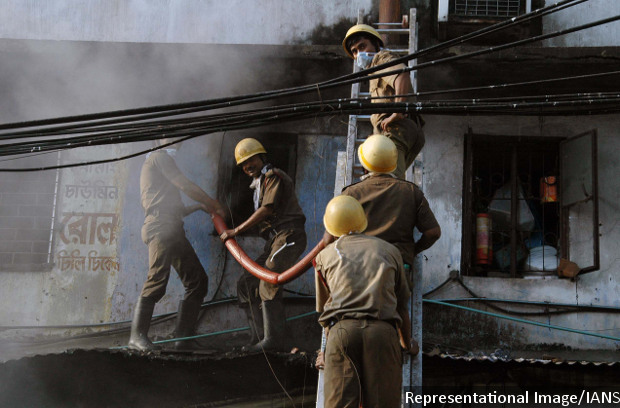 Two fire accidents on consecutive days--one in a hospital in Bhubaneswar, and the second in a high rise in Mumbai--have again raised questions on violation of fire safety norms across the country.

This comes barely two weeks after a surprise fire brigade inspection of 193 buildings in the financial capital found major fire safety norm violations in almost 60% of them, according to a report in the Times of India. In July 2016, following a directive from chief minister Devendra Fadnavis, Mumbai’s fire brigade commenced an audit of 6,512 buildings, of which “they have encountered irregularities in over 30 per cent of the structures”, according to a September 2016 report in The Asian Age.

Prime Minister Narendra Modi tweeted that he has spoken to Odisha chief minister Naveen Patnaik, and “assured all possible support from the centre.”

Deeply anguished by the loss of lives in the hospital fire in Odisha. The tragedy is mind-numbing. My thoughts are with bereaved families.

Spoke to CM @Naveen_Odisha about the distressing hospital fire tragedy. Assured all possible support from the Centre.

A major blaze had killed more than 90 people at AMRI Hospital in Kolkata in 2011, NDTV reported.

As many as 19,513 people died in accidental fires in 2014, according to the latest available data from the National Crime Records Bureau (NCRB).

Odisha had reported the maximum fires in commercial buildings (40) in 2014, according to NCRB data, killing 40 people.