Tribals Account For A Third Of Communities Displaced By Large Projects 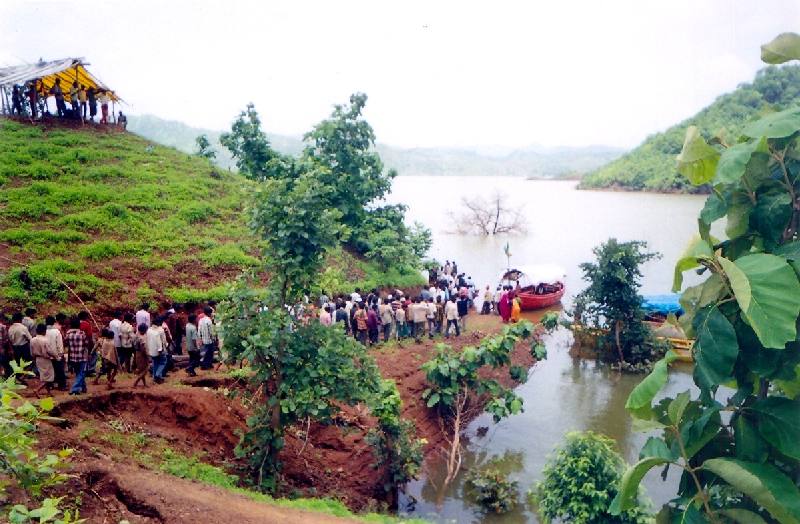 Now here is the worrying part: tribals are the worst affected when it comes to displacement due to development projects representing almost 34% of the affected population.

Land acquisition has been one of the contentious issues for all such projects, which has led to massive displacement of people. Development displacement population, in turn, is the single largest category among all internally displaced populations (IDP).

According to study conducted by Nalin Negi and Sujata Ganguly for the University of Bielefeld, Germany(2011), around 50 million people have been displaced in India due to development projects in over 50 years. Of these, dams, mines, industrial development and others account for over 21million development-induced IDP.

Dam building is one of the most important causes for development related displacement. According to a research reportpresented in 2013 to a Lok Sabha Member of Parliament: “During the last 50 years, some 3,300 big dams have been constructed in India. Many of them have led to large-scale forced eviction of vulnerable groups. The situation of the tribal people is of special concern as they constitute 40-50%of the displaced population”. The brutality of displacement due to the building of dams was highlighted dramatically during the agitation over the Sardar Sarovar Dam in Gujarat.

Activist Medha Patkar, who spearheaded the Narmada Bachao Andolan (NBA), has in the past highlighted how building dams lead to dislocation of tribal societies. Official figure indicates that about 42,000 families were displaced due to the Sardar Sarovar dam but non-government organisations such as NBA claim the figure is 85,000 families or 200,000 people. The Narmada Valley Development Project is expected to have affected the lives of 25 million people.

A similar example is the Tehri project, a multi-purpose irrigation and power project in the Ganges valley, 250 km north of Delhi, located in the Tehri-Garhwal district of Uttaranchal. A working group for the environment appraisal of Tehri dam put the figure of expected internal displacement at 85,600 persons.

Resettlements are undertaken on a case-to-case basis. For instance, projects like Nagarjunasagar, Hirakud, Tungabhadra and Mayurakshi dams. Only National Thermal Power Corporation (NTPC) and Coal India (CIL), two Government undertakings, have formulated a resettlement and rehabilitation policy (R&Rpolicy) and constituted R&R departments to administer it. So, it is clear that megaprojects would require the displacement or forced uprooting of substantial population, particularly for hydraulic projects which entail large-scale submergence for reservoirs.

The state-wise breakup of resettlement and rehabilitation (R&R) plans cleared by Tribal Affairs Ministry and persons affected due to development projects since 1999 is given below:

The bill attempts to integrate the process of land acquisitionwith rehabilitation and resettlement, and this will, in turn, bring transparency to the entire process that will put to an end to forcible land acquisitions. The act is expected to provide fair compensation and R&R to farmers, land-owners and livelihood losers.

India’s Minister of Rural Development Gopinath Munde had said after taking charge of the ministry last month that “We will implement the Land Acquisition Bill rigorously. His party, the BJP had supported the bill in its present form. Farmers should get the market price for their land acquired for industries and other purposes.” Mr Munde died two weeks ago in a car accident in Delhi.