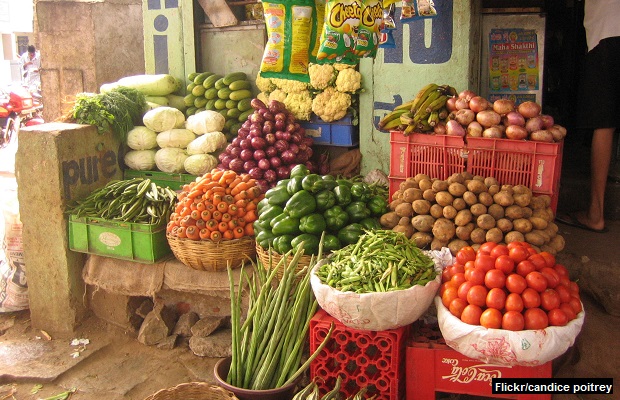 Tomato prices increased 48% in the last three months from Rs 29 per kilogram in May to Rs 43 per kg in July, the government told parliament on August 9, 2016.

The government released all-India average retail prices of five major fruits and vegetables, with the caveat that prices differ from place to place depending on production, quality and supply.

The price of tomato per kg declined to Rs 43 in July from Rs 49 in June this year.

“Production of potato, onion and tomato is more than demand, and there is no gap from supply-sideduring the year,” Minister of State for Agriculture and Farmer Welfare S.S. Ahluwalia told parliament.

“However, in certain periods of the year, there are price fluctuations caused by demand-supply mismatches.”

The prices of tomato usually spike in the off-season of June-September every year, the Indian Express reported in June 2016.

Tomato prices have risen this year because of a drought in southern states that damaged rabi (winter) crops, the Express said. It also said prices are likely to remain high till fresh crops arrive in September.