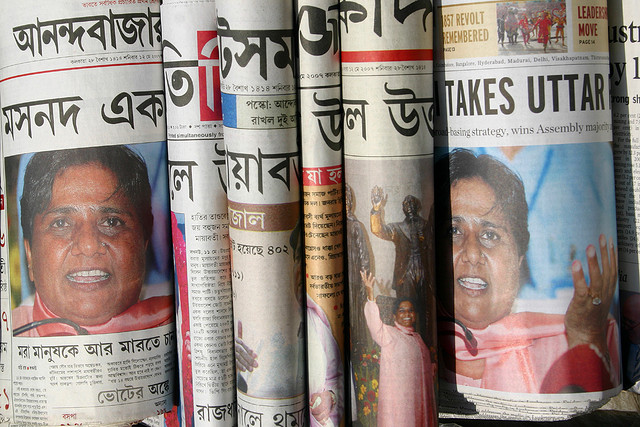 India’s overall crime numbers continue to rise but do the degrees of reporting vary depending on which Government is in power at the state level ?And does it get further skewed by the comfort a community might have in the ruling Government ?

The answer seems to be yes, going by a recent report released by the Commonwealth Human Rights Initiative (CHRI), a New Delhi-based, non-government organization mandated to ensure practical realisation of human rights in Commonwealth countries.

It would appear that victims, in this case scheduled castes & scheduled tribes, are more likely to lodge complaints at their local police stations if the state Government is seen as supportive of their communities. The example of Uttar Pradesh stands out in this regard.

First, let’s look at the overall number. A total of 122,458 cases have been registered under the Scheduled Castes and Scheduled Tribes (Prevention of Atrocities) Act, 1989 (SC/ST POA Act)between 2001 and 2012 across the country.

The cases range from murder, hurt, rape, robbery to arson and dacoity. SCs and STs constitute possibly the most marginalised, underdeveloped and disempowered segments of the Indian society.

The CHRI report has included the top states, namely Uttar Pradesh, Bihar, Andhra Pradesh , Karnataka, Tamil Nadu, Odisha , Rajasthan, Gujarat and Delhi (solely added for the purpose that it is central territory), that reported the most number of crimes against SCs/STs between 2001 and 2012.

A backgrounder here: as the SC/ST POA Act has been enacted by India’s Parliament the Central Government is responsible for ensuring its effective implementation across the country.

This is what makes it interesting to look at the data on reported cases of crimes against SCs and STs in the state. The state is also set to vote in the last stage of the Lok Sabha polls on May 12th, 2014.

The chart below shows the total number of reported crimes against SC/STs and their growth rate between 2001 and 2012.

This data can be interpreted in two ways:

One way is that more cases are reported when people have faith in the system. They know that the guilty will be punished and come forward to report cases. If we look at the above data from this angle, the tenure of the SP or Mulayam Singh’s Government has actually seen a rise in the number of cases reported while the BSP rule has seen a fall in the number of reported cases.

This approach is known as community policing, first implemented in the United Kingdom. In this approach, the police work with the community and often take help from the community, building trust and hence more people come forward to report crimes to the police. Currently the Kerala police has been applying this approach through their ‘Jan-maitri’ initiative.

On the other hand, fewer cases reported could mean the Government succeeded in reducing crime on the streets through effective policing and improved the justice delivery system.

This method is one of the traditional approaches,and is called single measure-based gap analysis. Under this analysis, units are ranked based on one dimension (such as arrests per dollar spent, crimes reported per police officer) of their operations.