The Whys and Whats of India's Rural Jobs Scheme 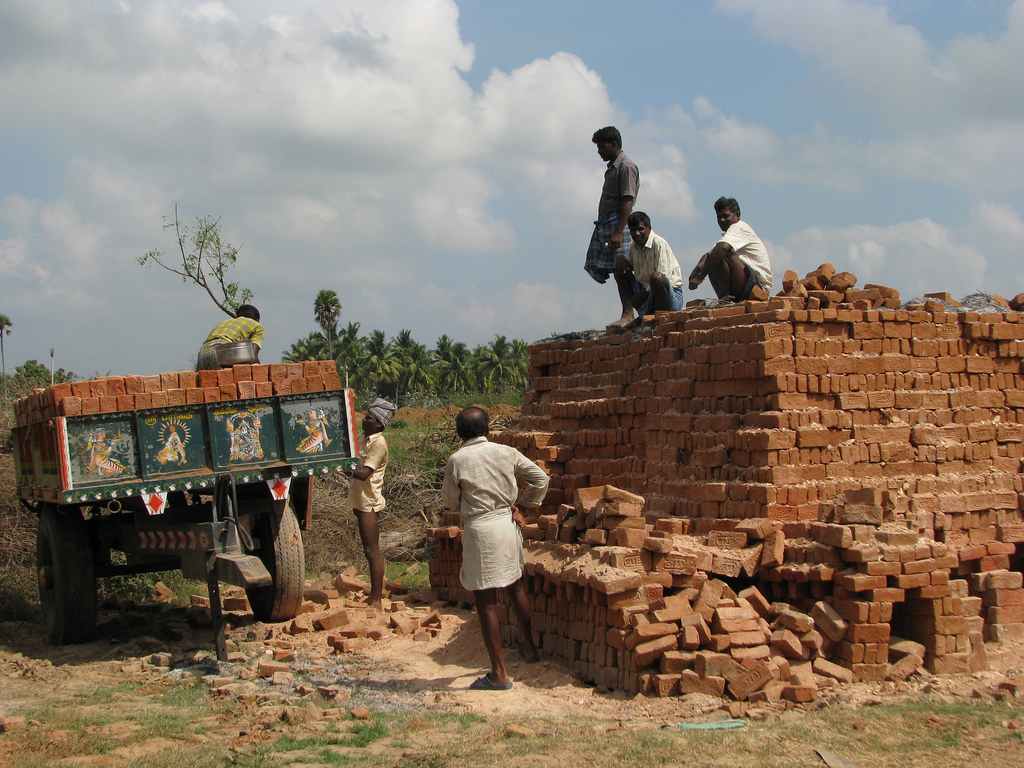 The National Rural Employment Guarantee Act (NREGA) was enacted in September 2005. It promises up to 100 days of employment per rural household to all adults at the minimum wage. Any adult residing in rural areas could demand work and was entitled to get it within 15 days of asking. If the government failed to provide employment, such adults were entitled to an unemployment allowance

While the demand-driven aspect and the unemployment allowance aspect have not been activated due to poor levels of awareness, employment has been provided to millions of households (see table) since the law came into force in February 2006. Starting with 200 districts in 2006, over a period of three years, the Act was extended to all 650-odd districts in the country by 2008.

The economic rationale for a programme such as NREGA comes from the recognition of the need for social security in poor countries, but a perception that not enough resources are available to implement a full-fledged “welfare” programme (e.g., unemployment benefits are widely provided in Europe). With “workfare” programmes such as NREGA, it has been observed that the non-poor automatically select out of the programme. The requirement of performing physical labour and being paid the minimum wage for it keeps the non-poor with better opportunities out of the programme. The NREGA is universal programme, yet it automatically selects-out the non-poor. This is no mean achievement in policy design – correct identification of beneficiaries has been the undoing of many other welfare initiatives. This “self-targeting” design has earned NREGA the support of many economists.

The self-targeting works over the agricultural cycle (e.g., during sowing and harvest season, when agricultural work is available, many withdraw from NREGA), it works across geographical areas (e.g., employment levels tend to be higher in poorer districts within states) and it also works within population groups (attracting more people from vulnerable population groups such as Dalits, Adivasis and women). Liu and Barrett (2013) find that “the self-targeting design of MGNREGS leads to greater rates of self-selection into the programme by poorer and scheduled tribe or scheduled caste households.” Zimmerman (2013) finds that “private-sector wages increase substantially for women, but not for men, and that these effects are concentrated during the main agricultural season”. Figure 1 of this paper by Engler and Ravi (2013) shows how NREGA employment picks up in the lean season. Government data presented below also shows high rates of participation in NREGA from disadvantage group.

Expenditure: The cost of the programme has always been a cause of worry. NREGA expenditure peaked in 2010-11 at Rs. 40,000 crores and has since come down in to Rs. 33,000 crores in the current financial year (see figure). (The decline began in the previous government’s term.) In relative terms, e.g., as a percentage of GDP, today the expenditure on NREGA is at 0.3% of Gross Domestic Product (GDP). At its peak, it was 0.5% of GDP.

This is a substantial amount of money. But it is also important to put NREGA expenditure in perspective. One possible comparison is with the “tax revenues foregone” reported in the budget documents. Tax revenues foregone are tax breaks given in order to encourage industry.

Expenditure on NREGA is less than the tax revenue foregone (in 2013-14) on the “gold and diamond” industry which was over Rs. 65,000 crores in 2012-13. As noted elsewhere, such tax breaks are justified on the grounds of the employment potential of the gems and jewellery industry.

Corruption: Drèze has written on the uphill but relatively successful battle against corruption in NREGA. Three different estimates of wage corruption are available: matching days of work recorded in the India Human Development Survey 2011-12 with official data in the same year, we find that only 4% is not confirmed by respondents. Using National Sample Survey data, there is a mismatch of 20-30% in 2011-12 compared with approximately 50% in 2007-8. In our smaller survey in May-June 2013, we found that on average sample households reported getting 22 days of work while official records indicated 24 days of work in their name.

Work culture: In a speech made by Ms. Raje at the India Today conclave, she said that NREGA had taught people to become lazy. She is not the only one to hold such a belief. On a recent BBC radio show, two callers from Rajasthan made the same accusation. Not many are aware that in most states NREGA workers are not paid on a daily basis (i.e. wages are not based being marked present). They are paid on a piece-rate basis – if a prescribed “task” is completed, they get the minimum wage. If their output is less than the prescribed norm, they get less than the minimum wage. Yet the impression from mainstream media is that NREGA workers are only sitting around at worksites. (Yes, workers do “sit around” to take a break. But who, among us, doesn’t check the cricket score, the latest tweet or most recent “like” for a facebook post, while at work?)

Restricting NREGA: The recent proposal to restrict it to selected districts or blocks is an unwise move. Firstly, it amounts to revoking people’s rights. Rights-based programmes are meant to provide security, and if rights can be removed arbitrarily, it defeats their purpose. (In some ways, it is like saying, women’s autonomy is particularly low in 200 districts, so women can choose who to marry in those, but not the rest.)

Secondly, there is bound to be some arbitrariness in the selection of these districts and blocks. Just as no fool-proof mechanism or yardstick is available to identify “needy” people (even NREGA is not foolproof – e.g., the elderly and disabled persons are likely to be most in need of social support, but are least likely to be able to participate in NREGA), no mechanism exists to identify such districts, even if it were desirable.

There is confusion about the need for the proposed restriction: some say there is “no demand” for NREGA employment in the better-off areas (a line often taken by the previous government also), whereas others say that better-off areas get too much of NREGA expenditure.

For the former, even the reduction in NREGA expenditure is a reflection of a reduction in “demand” for employment. The argument that there are no poor in better-off districts has been debunked already. Other surveys have consistently shown that there is a large unmet demand for NREGA work. We have also found that there is a huge unmet demand for NREGA work: in a survey in ten states, while 83% reported wanting 100 days of work, only 8% had actually done 100 days in the same period.

Others say that it needs to be restricted because the bulk of the employment has gone to non-poor areas; that currently, the highest spending states (e.g., Andhra Pradesh, Tamil Nadu) are not the poorest (e.g., Uttar Pradesh).

It is true that the employment generation has been higher in, say, Tamil Nadu than in Bihar. However, this is also a reflection of greater administrative capacity in the former. Perhaps a better parameter would be whether within a state, employment has been higher in the poorer districts. Further, there is evidence from previous studies that administrative rationing (e.g., restricting NREGA for a few blocks or districts) dilutes the “self-targeting” feature of NREGA (see figures pp 4-6 of Liu and Barrett). Work by Ravallion has also shown similar results.

Finally, the minister’s office responded to a letter by economists by stating that NREGA had been politically “exploited for pure partisan purpose”. (They overlooked the fact that the potential for political opportunism will be greater if districts or blocks are to be selected.)

The top three states in terms of NREGA employment since the Act was implemented have tended to be non-Congress states. For instance, it was under Vasundhara Raje’s chief ministership (from 2003-2008) that NREGA saw its “golden period” in Rajasthan averaging more than 60 days of employment per rural household between 2006-2008. During the following Congress government (led by Ashok Gehlot) crashed from 42 in 2008-9 to 19 in 2013-14.

Increasing material share: The second proposal is to increase the labour-material ratio in favour of material. It is justified on the grounds that it is necessary for asset creation. Implicit in this argument is another “fact” – that NREGA has been uniformly unsuccessful as far as asset creation is concerned, a popular perception is not entirely supported by existing studies.

No doubt, the record on asset creation is weak, however, there are now a clutch of studies which suggest that the potential exists – within the existing labour-material ratio – and also that in some pockets this potential has been realised. Sudha Narayanan finds that “Already, well over 60% of the works have been supportive of agriculture. For example, a study of over 4,100 MGNREGA assets across 100 villages in 20 districts in Maharashtra indicate that 87% of the works exist and function and over 75% of them are directly or indirectly related to agriculture.” A cost-benefit analysis of 117 “best-performing MNREGA water assets” in four states, including Bihar, Gujarat, Kerala and Rajasthan, finds that they “recovered the investment within a single year of use”. Similarly positive findings have been reported in a study of eleven NREGA wells in Jharkhand. The bottom line here is that within the current policy design assets can be (and in some cases, are being) created.

The proposed increase in material component can end up harming the NREGA. As noted above, as far as wage corruption in NREGA is concerned, there has been some improvement. Corruption in the material expenditure is likely to be the main opportunity for corruption in NREGA. Increasing the share of material will also bring in contractors and suppliers, who have been the main cause of corruption in earlier public employment programmes. (Currently, contractors are banned under NREGA). Combined with the fact that increasing material will not guarantee better quality assets, the case of increasing material expenditure is also very weak.

The World Bank which had called NREGA a “barrier to development” in the 2009 World Development Report (WDR) had revised its opinion by 2014 when the WDR called it a “stellar example of rural development”. However, public debate in India has tended to be very resilient to the mounting evidence of its successes along with its failures.

We need to move away from the lazy resort to statements such as “out of every rupee spent only 15 paise reaches the poor” and “digging holes and filling them up” to something that matches current ground realities more closely. Once that happens, a more productive debate – on how to fix all that is wrong with NREGA (delays in wage payments, lack of awareness, corruption, asset quality) - can be initiated.

(Reetika Khera is an associate professor of economics at the Indian Institute of Technology, Delhi. She edited “The Battle for Employment Guarantee” published in 2011. She has been involved in campaigning for the law before it was enacted and field studies after it came into force).