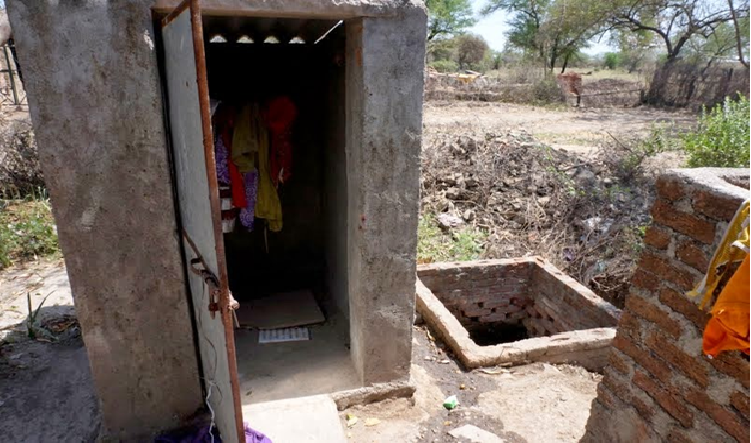 The Narendra Modi Government has announced that Swacch Bharat Mission (SBM) has to be a mass movement to make India open defecation free in five years. By spending Rs 1.34 lakh crore ($22 billion) to build about 110 million toilets across the country, “the pet project of the Prime Minister will be executed on a war footing with the involvement of every gram panchayat, panchayat samiti and zila parishad in the country, besides roping in large sections of rural population and school teachers and students in this endeavor.”

While it is commendable that the Government has set high ambitions, it is worth exploring how they plan to reach the goal. Unfortunately, plans for SBM don’t look very different from the erstwhile Nirmal Bharat Abhiyan (NBA). The priority is still on construction, perhaps even more so than before, and so does not appear to be as significant a break from the past as hoped.

One important change in the new SBM is its increased budget. 110 million is the number of rural households that have no toilet facilities. So, much of the enlarged budget will go towards building a new toilet for every rural household in India without one. This may seem like a good idea to those who argue that having a latrine is a prerequisite to using one but we at Research Institute for Compassionate Economics (r.i.c.e.)would argue that there’s something that needs to happen even before that. We recently conducted the Sanitation Quality, Use, Access, and Trends (SQUAT) Survey in over 3,000 households in rural north India to explore people’s sanitation attitudes and practices.

We found that many people in households with working latrines choose to defecate in the open anyway. To reach these people, we need to create a desire in them to actually have and use a toilet even before they physically get or make one. Access to toilets alone will not solve the problem of open defecation when many people simply prefer to defecate in the open. Is the Government really prepared to waste resources?

Not only are more toilets to be built but at Rs 12,000 each, they cost Rs 2,000 more than each toilet built under NBA. As a simple exercise, we calculated that if the Government hired one dedicated behavior change staff member for 700,000 villages, five staff members in each of the 6,000 block offices and one staff member in each of the 600 districts, for five years, it would cost less than one-fifth of what it would cost to build a Rs 12,000 toilet for every household without one in rural India. Not only does it make practical sense to focus on changing people’s minds, it also makes financial sense.

Rather than motivating people to want and use their latrines, SBM is actually worse than NBA in terms of behavior change because the information, education, and communication (IEC) allocation has declined from 15% to just 8% of the budget. While it may be true that this is a larger monetary amount than previously allocated (because the SBM’s entire budget is much larger than that of the NBA), the reduction is symbolic in terms of the importance given to changing people’s minds and sanitation practices versus construction. The language of the new policy indicates that “behaviour change and usage of toilets shall be given top priority to ensure increased demand,” but given budgetary allocations, this seems even less possible now than it was under the NBA.

It is useful to reflect on how much money has actually been allocated, only for the construction of new toilets in rural India. Per year, the projected construction allocation under just the rural part of the SBM is more than 9 times the 2013-14 NBA expenditure and close to three-fourths of 2013-14 employment guarantee programme (NREGA) expenditure. These numbers are enormous. And still, the question remains whether the Government will actually be able to spend whatever money ultimately gets allocated.

Of the cumulative funds allocated to NBA and its predecessor, Total Sanitation Campaign (TSC), till date, the Government has been able to spend only 84% for household construction and 45% for IEC. Without hiring more ground staff to increase what the Government has the capacity to spend, it is unlikely that SBM will be able to make faster progress than previous sanitation efforts.

For now, it appears that construction will yet again trump behavior change in SBM. Since the full set of guidelines for SBM is yet to be released, there is still an opportunity for the Government to change course, ensure that funds allocated to behavior change are actually spent and make sure that only toilets that are constructed are those that will be used.