The Statistical Guide To India, A Flawed Democracy 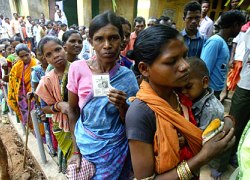 “The government you elect is government you deserve,” said Thomas Jefferson. Put another way, democracy is a form of government where the people are all powerful. They choose their rulers who can be periodically changed and thus form the essence of a democracy.

That said, how do Indians perform as citizens? Quite poorly, it appears from two interesting studies which try to put numbers to the phenomenon.

The Economist Intelligence Unit* (EIU) developed a Democracy Index in 2006 which comes out with an annual report on the state of democratization in the world. It is a comparative study of 165 countries. There are five categories that this index takes into account, namely - electoral process and pluralism, functioning of government, political participation, political culture and civil liberties. The scoring for each is on 10.

The overall score is an average of the scores in all the five categories. Ranks within the Democracy Index are determined by the overall score. Higher the score, higher is the rank in the index. According to their scores countries are grouped as Full Democracies, Flawed Democracies, Hybrid Regimes or Authoritarian Regimes in decreasing order of level of democratization.

The values or attitudes that people have towards politics outline the political culture. Although India’s rank has been improving by one point each year in the past three years, there is no significant improvement in the overall scores. The years 2011 and 2012 saw some of the largest protests in India, yet their impact on democratization was very low. 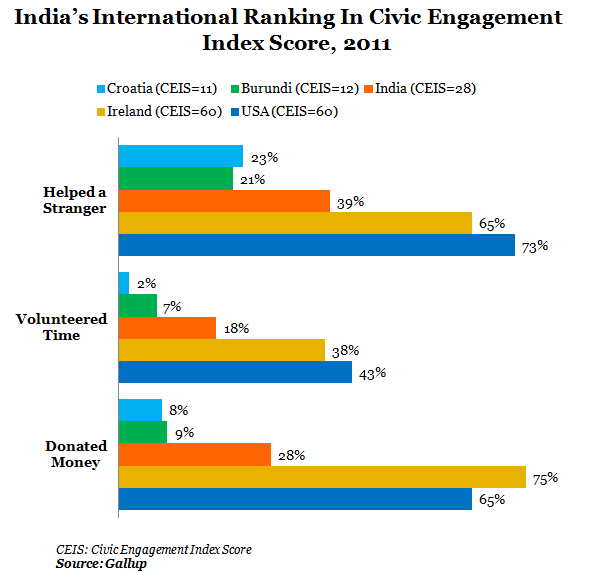 There is a strong correlation between development, democracy and civic engagement. India’s score in the Civic Engagement Index 28 is significantly lower than the highest scoring countries. Comparably, countries similar to India such as the BRICS are very close on the scores. 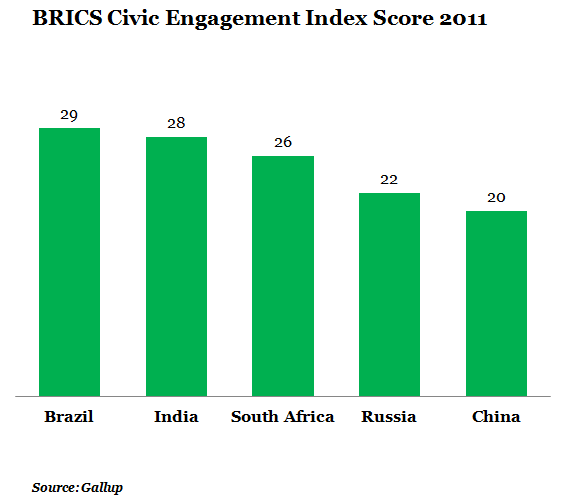 Civic Engagement Scores score speak of strong community ties within a nation. Stronger ties and greater involvement strengthen democracy. Not surprisingly, countries that top the charts on the Civic Engagement Index are also listed on the top of the Democracy Index. Higher democratization ensures better governance. Higher civic engagement is hence a cause for higher rate of development.

The Election Commission of India has data on voter participation in India and they have datasets on women’s participation as voters. Here is a summary of the number of registered electors and voter turnout for both male and female voters in India for the past 5 general elections to the Lok Sabha. 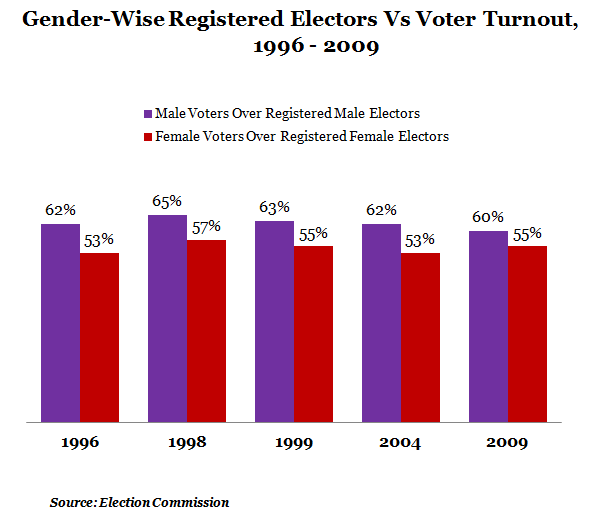 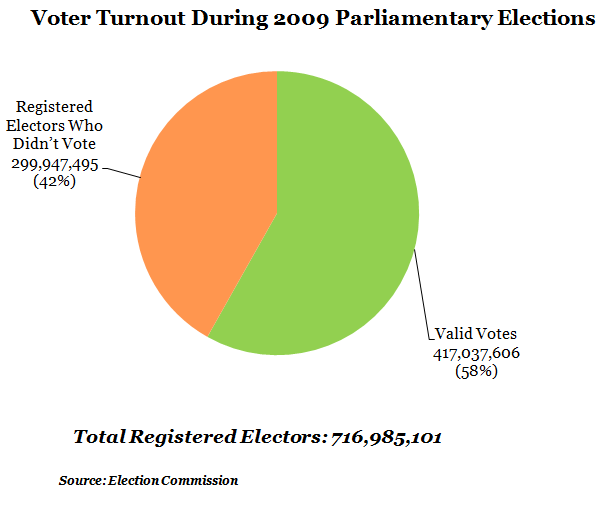 Democracy is synonymous with people’s participation. Lower participation of the population implies that lesser voices are represented. High voter turnouts are not necessarily a panacea for all problems either. Else, Jefferson wouldn’t have said what he did.

Economist Intelligence Unit (EIU): is an independent research division within The Economist Group. Other than the Democracy Index, EIU also invented the Quality of Life Index.

Gallup: is a US based company that specialises in opinion surveys. Gallup Poll is a wing of Gallup that conducts these surveys