The Singhvi Verdicts: Anatomy Of A Judge’s Decisions 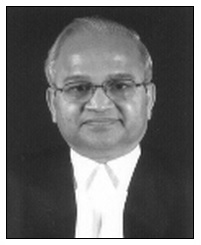 The judgment came in for severe pounding from the gay rights community as well as the legal and political system at large including a host of legal luminaires and political heavyweights.

The judgment and the nature of the language also raises some questions on whether the judge’s outlook on issues such as gay sex could have been influenced by a personal belief system.

These questions are not usually posed in India, at least not very often. We have posed them but will not answer them, at least not directly. Instead, we scraped out Justice Singhvi’s key verdicts in the last two years to see if we could spot some common threads. The answer is not as simple as you might think.

For starters, Justice Singhvi has generally delivered verdicts that would often question the Government’s policies.

The most famous verdict (before the current ruling on gay rights) was the 2G spectrum case in 2012 where he cancelled 122 telecom licences, and held that natural resources “are vested with the Government as a matter of trust in the name of the people of India, and it is the solemn duty of the state to protect the national interest. Natural resources must always be used in the interest of the country and not private interests.”

Justice Singhvi can also be credited for the improvement and strengthening of laws governing land acquisitions. He ruled in early 2012 that compulsory land acquisition by the state must be executed with great care or they would result in depriving the owners their right to property, which is a constitutional right. He also ruled that delays in land acquisitions cannot be tolerated. He pulled up state Governments for adopting a careless approach while dealing with farmers in land acquisition matters.

Now, let’s dive a little deeper and start from the present day:

1) On the day of his retirement, Justice Singhvi and Justice SJ Mukhopadhaya held that gay sex is illegal in the country while delivering their verdict on the controversial Naz Foundation case.

The SC bench set aside the 2009 Delhi HC judgment which had decriminalised gay sex. The bench observed that there was no constitutional infirmity in Section 377 of Indian Penal Code (IPC) which makes gay sex an offence, and added that it is for the legislature to look into the desirability of deleting the provision from the law.

Now the ball is in the legislature’s court to amend the law which the LGBT community claims is affecting their rights.

2) A day before, Justice Singhvi banned the use of a red beacon light with flashers on all vehicles except those used by 'high dignitaries’ holding 'constitutional posts’. The famous red beacons for VIPs case was delivered in the Abhay Singh v. State of Uttar Pradesh case.

The bench also said that state Governments cannot enlarge the list of VIPs eligible for red beacons. This judgment now makes sure that only a few top leaders who trace their authority and appointment in the constitution will be able to have red beacons on their cars.

The impact of this would go a long way in questioning if not bringing about the end of India’s VIP culture.

The impact would be that members of societies have additional remedies apart from the remedies available to them under Cooperative Societies Act.

A bench led by Justice Singhvi enhanced the compensation payable to an 8-year old child who was involved in a motor vehicle accident.The bench enhanced the figure to Rs 4 lakh from Rs 1 lakh previously with 6% interest on the enhanced amount till date of realization.

The impact of this is the quantum of compensation in cases of motor accident claims will increase and age will become a general rule when determining the compensation.

In the case, two question arose (i) whether a candidate of reserved category who is more meritorious than general category candidates is entitled to be appointed in the service of his choice against the post allotted for the reserved category ; and

(ii) Whether, while computing the quota/percentage of reservation, such candidate should be treated to have been allotted a post in the open category.

The bench answered the following:

(1)The court answered in the affirmative that the candidate can choose the service of his choice and cannot be compelled to accept an inferior appointment; and

2) On his appointment to the service of his choice, the reserved category candidate cannot be treated as appointed against the open category post.

The question before a bench including Justice Singhvi and Justice HL Dattu was whether or not factories buying sugarcane from farmers of co-operative societies are liable to pay market fee on transactions. (Krishi UPAJ Mandi Samiti, Narsinghpur v. M/s Shiv Shakti Khansari Udyog and Others)

The impact of this judgment is that the law will have to be amended if the Government wants the sugar manufacturers to take licenses and pay market fee to the market committees.

In this case, the earlier review petitions were not entertained as the petitioner had not placed any material to substantiate his assertions and the documents produced in the present reviewin the court’s opinion neither singularly nor collectively support the petitioner’s plea.

The bench held that the power of review is a creature of the statute and no court or quasi-judicial body or administrative authority can review a Supreme Court judgment or order or decision unless it is legally empowered to do so.

The impact of this is self-evident. It holds the Supreme Court is absolute when it comes to reviews.

A bench led by Justice Singhvi ruled on a criminal case involving a juvenile accused of rape. The accused was deemed not a juvenile and ordered to appear before the trial court as an adult. (Om Prakash vs. State of Rajasthan)

The court went on to lay down the procedure to be followed when the age of juvenile is difficult to be determined. The bench held that the age of the accused could not be proved merely on the basis of school record.

In a situation when the school record itself is not free from ambiguity, medical opinion cannot be allowed to be overlooked or treated to be of no consequence. Opinion of medical experts based on x-ray and ossification test of the accused will have to be given precedence over the shaky evidence based on school records, and a plea of circumstantial inference based on a story set up by the father of the accused.

The impact of this is that just one document, or a school record in this case, cannot necessarily be the final say when it comes to the age of a juvenile. In the context of several recent cases where the age is suspect, this is important.

A bench headed by Justice Singhvi delivered another important verdict in cases of family law and inheritance in the form of the Mahesh Kumar case.

The bench ruled that execution of a will by the father in favour of his son for taking care of him and his wife during their old age, excluding other sons or daughters, on the ground that they had neglected him during his last days will not draw an inference of suspicion or invalidate the will.

The bench also held that any person of ordinary prudence would have adopted the same course, and would not have given anything to ungrateful children from his/her share in the property.

The impact could be that it improves the rights of elderly parents who are neglected by their children.

This was the real big verdict from Justice Singhvi that shook the Government and the corporate sector in the country. In the famous 2G spectrum case, a SC bench of Justice Singhvi and Justice AK Ganguly quashed 122 2G telecom spectrum licences granted in 2008 during the tenure of Communications Minister A Raja. The allocation was deemed “unconstitutional” and “arbitrary”.

The bench went on to impose fines of up to Rs 5 crore on some telecom companies, and ordered the Government to decide fresh norms for issuing licences within four months of the date of judgment.

The 2G ruling continues to create impact. The opposition parties claim that the Joint Parliamentary Committee report on the issue has been altered. The ruling lead to the exit of global telecom companies from India, and the Government was forced to re-work spectrum pricing.

Another landmark judgment by a bench led by Justice Singhvi, which reaffirmed a landowner’s right to property under the Constitution of India (Darshan Lal Nagpal (Dead) By L.RS.V. Government of NCT of Delhi and Others.)

The bench also held that greatdegree of care must be taken by the state in exercising its power of compulsory acquisition of land under the Land Acquisition Act as it deprives the owner of his constitutional right of right to property.

The impact is that Government/s are already looking at making the acquisition process land owner-friendly. In fact, President Pranab Mukherjee has approved a new Land Acquisition Bill that replaces the archaic act of 1894 governing acquisitions and is likely to come into force from 1 January, 2014.