The Price For Insecurity: Record $18 Billion Of Foreign Tourist Earnings 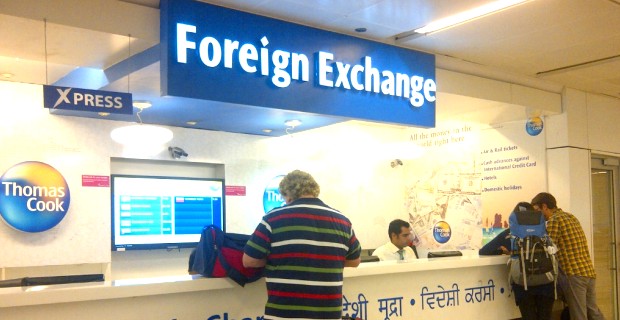 Tourist arrivals – particularly of women- have already been affected – the Associated Chambers of Commerce & Industry of India (ASSOCHAM) says visits to India by women tourists dropped 35 percent in the first three months of this year.

That figure might be disputed. But there could be another problem looming ahead. Foreign Exchange Earnings (FEE) from tourism that hit a record high of Rs 94,487 crore in 2012, up Rs 16,896 crore from the previous year, could be affected too. 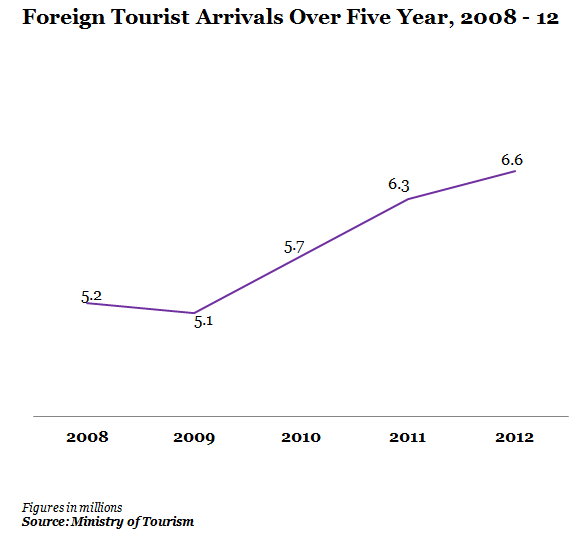 Some 29 million foreign tourists visited India in 2008-12 and barring the year 2009, every year saw an increase in footfalls. Total revenue for the period added upto Rs 343,221 crore.

So on an average, around 5.8 million tourists have brought in Rs 57,203 crore while Rs the annual increase in foreign tourist earnings is around Rs 8,638 crore.

So what’s the official reason for the rising FEE and FTA? A response to a Parliamentary question in the Lok Sabha, the lower house, claimed one reason was the Incredible India advertising campaign overseas.

An independent study conducted by the Indian Institute of Tourism and Travel Management says the Tourist Visa on Arrival (TVOA) facility has had a positive and significant impact on foreigner’s travelling to India. Presently, TVOA is extended to 11 countries and the facility is available in Delhi, Mumbai, Chennai and Kolkata airports.

But what about the ASSOCHAM claim that tourists are cancelling on India? Interestingly, the latest Tourism Ministry data released on 11 June 2013 appears to contradict the ASSOCHAM figures. According to the Ministry:

The data of foreign tourist arrivals may be disputed, for now. What cannot be disputed perhaps is the rupee’s depreciation against the dollar – it hit an all-time low of Rs 58.14 on 10 June. This surely makes India a more attractive destination for anyone with hard currency. Welcome to India.