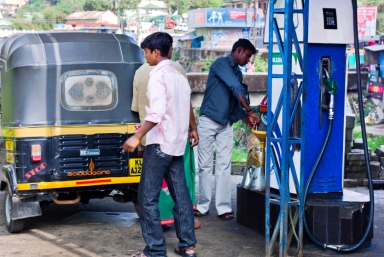 The Government of India is staring at an oil subsidy bill of nearly Rs 800,000 crore over the next five years... nearly double the subsidy of Rs 400,000 crore paid out during the last five years.

The government has been attempting to curb rising petroleum subsidiesby initiating a host of measures generally considered risky in politics - decontrolling petrol prices, increasing diesel prices and limiting supply of subsidised LPG to families.. the only product left untouched till now is kerosene, and the government has re-iterated that it has no plans to hike its price any time soon.

The total petroleum subsidy bill for the current financial year for the government is expected to increase to Rs 1,67,000 crore from Rs 1,38,541 crore in 2011-12. Remember that this comes against the backdrop of crude prices ruling at over $100 per barrel and the rupee trading around 55 per dollar. 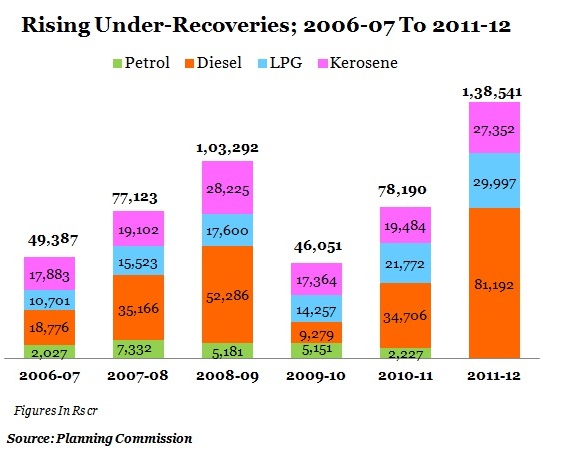 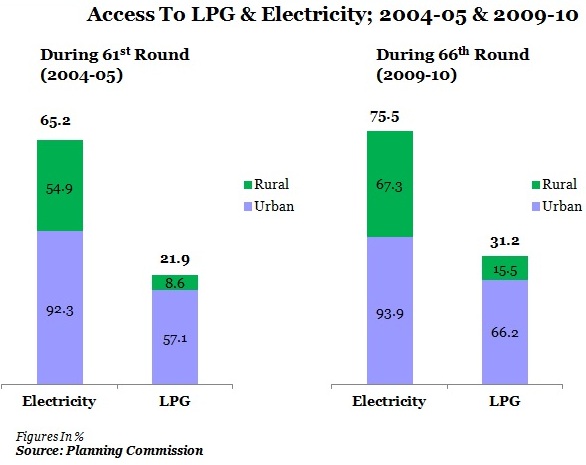 As per the latest document of the Planning Commission, high oil and gas prices and India’s dependence on imports for both oil and gas is likely to continue. The document goes on to add that price adjustments in the petroleum sector has to be carried out in various ways and does not require generalised subsidies.

Although steps have been taken to adjust diesel prices and cap the subsidy on LPG, OMCs are expected to incur under-recoveries of Rs 8,32,737 crore between 2012-17, which is “simply not viable.” 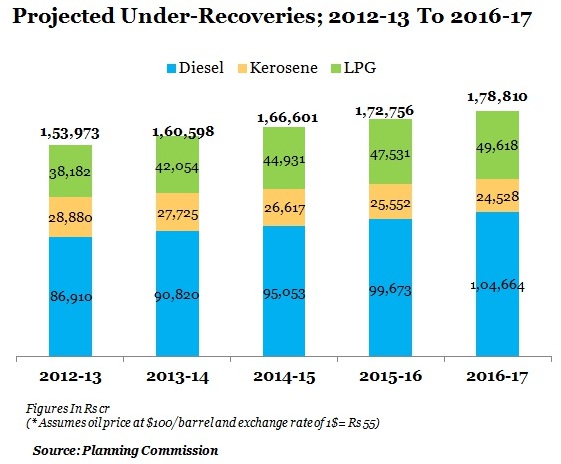