The MPs With The Most Profitable Stints In Government 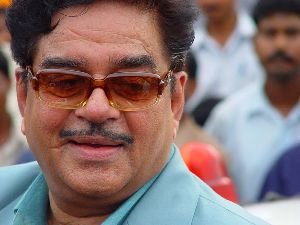 Is a stint in politics profitable?

Depends on how you define profitable. If it’s in money terms, the answer is yes. Not to say that the earnings accrued from their being politicians or their specific roles but many politicians saw their wealth multiply quite sharply in the last five years.

So which re-elected members of parliament (MPs) saw the biggest jump in assets from their last term in office from 2009?

Nationalist Congress Party’s Supriya Sule from Maharashtra saw her assets more than double from about Rs 51.54 crore in 2009 to almost Rs 114 crore this year.

Here’s a look at the remaining MPs who fall in the top ten in terms of increase in assets.

Table: Top 10 MPs By Increase In Amount Of Assets 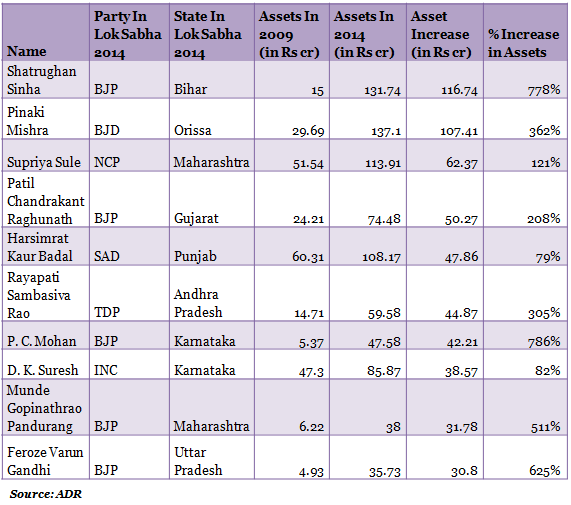 While these MPs got re-elected, here’s a look at some of the high profile leaders who earned a lot of money during the last five years but were shown the door by the electorate.

Table 2: Billionaires Leaders Who Could Not Make It

Kapil Sibal, the former Minister of Human Resource Development and Communications & IT, saw a 258% increase in assets, since 2009 his assets amounted to almost Rs 32 crore and by 2014, his assets were worth a little over Rs 114 crore.

Another interesting person of note was former Speaker of Lok Sabha Meira Kumar. She had declared assets amounting to Rs 10.15 crore during the 2009 elections. During five years in power, her assets more than tripled with her declaring assets of a little over Rs 38 crore during the 2014 elections.

While the electorate didn’t let a lot of the high profile and high net-worth MPs get re-elected, one can’t help think that becoming an MP does give you better returns than most savings schemes.