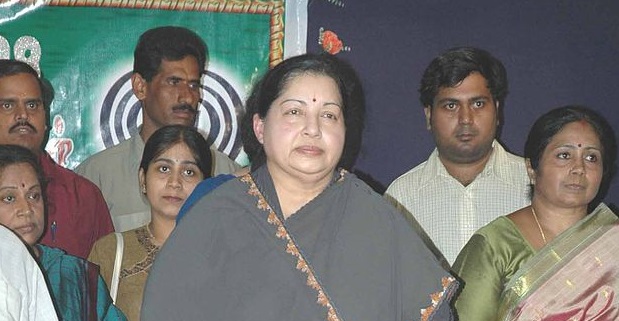 Tamil Nadu Chief Minister Jayalalithaa wants to be Prime Minister. "From Fort St George (the legislative assembly of Tamil Nadu) to Red Fort" is the slogan for the All India Anna Dravida Munnetra Kazhagam (AIADMK) 2014 Lok Sabha campaign. "First Tamil Prime Minister" hoarding signs litter the entire stretch of Radhakrishnan Salai in Chennai, the road that connects the chief minister's residence to the Secretariat. Is this mere grandstanding, posturing and wishful thinking? Or, is this a calculated move by the Tamil Nadu Chief Minister?

While the 18 largest states account for 94 per cent of all the seats in the Lok Sabha, it is entirely plausible that a party can win 12 out of these 18 states but still not secure enough to be able to form a government on its own. Analysis of the last three Lok Sabha elections show that the best performance in the bottom 12 of these 18 states gives the winner marginally more seats (180) than the worst performance in the top six states (146).

More multi-cornered contests in 2014 will split seats far more than the previous elections: The six states that account for 291 seats (54 per cent of the total seats) will witness many more multi-cornered contests in 2014 than ever before. As of today, going by the current status of pre-poll alliances and even excluding the Aam Aadmi Party that is also desirous of contesting more seats nationally, there will be nearly 11 political parties that will be serious contenders in the top six states vis-à-vise five or seven parties in the previous three elections. A party or alliance is considered a serious contender if they contest all the seats in a particular state and have a significant presence across the state.

From the table above, it is evident that the 2014 elections in the top six states promises to be far more crowded than it has ever been before. Add to this, the complexity of Andhra Pradesh splitting into two states, and the Aam Aadmi Party threatening to play spoiler nationally, it is very likely that the winner in some of the states such as UP and Bihar will carry fewer seats than they have in previous elections. In states where national parties, the Congress and the BJP do not have a significant presence and have traditionally been dependent on alliances with regional parties such as the Trinamool Congress in West Bengal, the AIADMK or Dravida Munnetra Kazhagam in TN, a multi-cornered contest will have less impact than in states such as UP, Andhra Pradesh or Bihar where the national parties have been significant players by themselves. Thus, the lack of traditional pre-poll alliances in important states such as West Bengal, TN, Bihar and Andhra Pradesh will adversely impact the national parties' eventual tally and strengthen regional winners' collective bargaining powers.

Jayalalithaa's intuitively calculated aspiration: From the above analysis, it is abundantly clear that for the National Democratic Alliance to win a majority on its own and form the government, history needs to be re-written in each of these six states, which, of course, cannot be ruled out. While it is entirely true that past performance is not an indicator of future results, history provides a base case for scenario analysis. Thus, with more multi-cornered contests across these six states than ever before, uncertainty in Andhra Pradesh and the winner-takes-all history of TN elections, Jayalalithaa's aspirations to be PM seem entirely logical. As they say, it's hard to beat an astute politician's intuitive instincts.

The author is founding trustee, IndiaSpend. This article first appeared in Business Standard