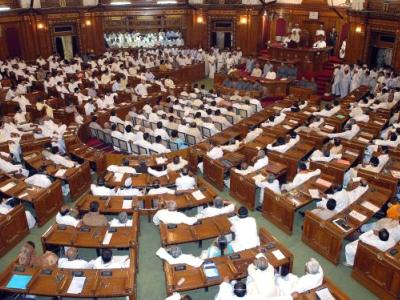 Many anti-corruption movements have highlighted the increasing criminalisation of politics. Yet, there seems to be no connection between electoral gains and criminalisaiton. If anything, it seems to work in the candidates’ favour.

Consider this: the recently concluded Gujarat elections saw 57 MLAs (31%) with criminal cases of the total 182 MLAs analysed by Association for Democratic Reforms, which is run by a group of professors of Indian Institute of Management, Ahmedabad. ADR’s mission is to improve governance by empowering the electorate and greater accountability of political parties.

IndiaSpend looks at the ADR document that analyses criminal cases against MLAs in Gujarat, Uttar Pradesh, Punjab, Uttarakhand, Manipur and Goa. And we find that Uttar Pradesh has the maximum number of MLAs with criminal cases (35%). The following table gives an idea of the MLAs of 4 states when it comes to criminal charges:

%of MLAs with Pending Criminal Cases

Out of the total number of 872 MLAs studied by ADR (including Manipur and Goa), 247 had pending criminal cases against them. 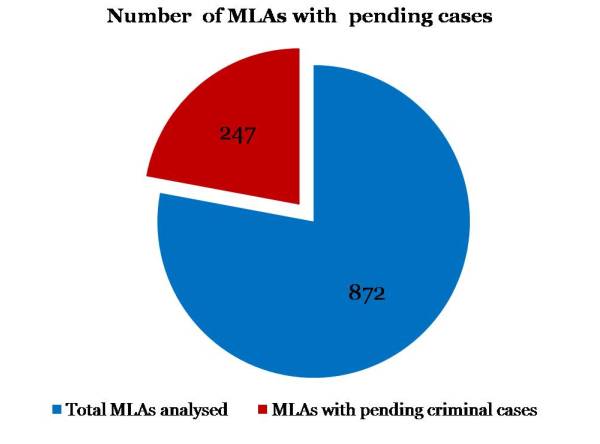 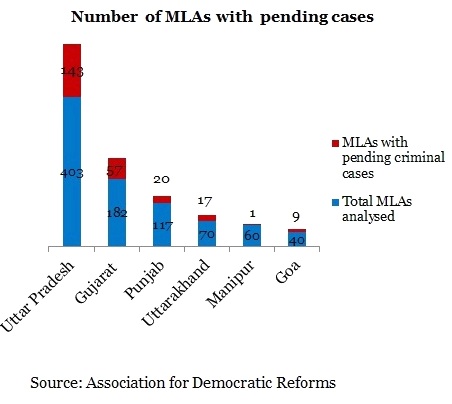 Table 2 gives an idea of the top 3 MLAs of these states who have the maximum number of criminal cases registered against them:

Most of the cases against Gujarat MLAs are related to rioting. The charge against Gopal Singh of Uttarakhand is also related to communal disharmony. And most others have one thing in common- attempt to murder.