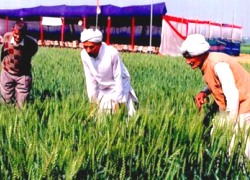 Finance Minister P Chidambaram re-iterated the UPA Government's commitment to agriculture when he announced a 22% increase in agricultural lending target to Rs 700,000 crore for banks in 2013-14. He also increased the allocation to the Ministry of Agriculture by 22% to Rs 27,049 crore.

Reserve Bank of India (India’s Central Bank) Governor D Subbarao, while presenting the 3rd Quarter Review of Monetary Policy 2012-13 in February 2013 revealed that bank credit to industry has decelerated while credit to agriculture (mainly short-term loans to small and marginal farmers) has increased. 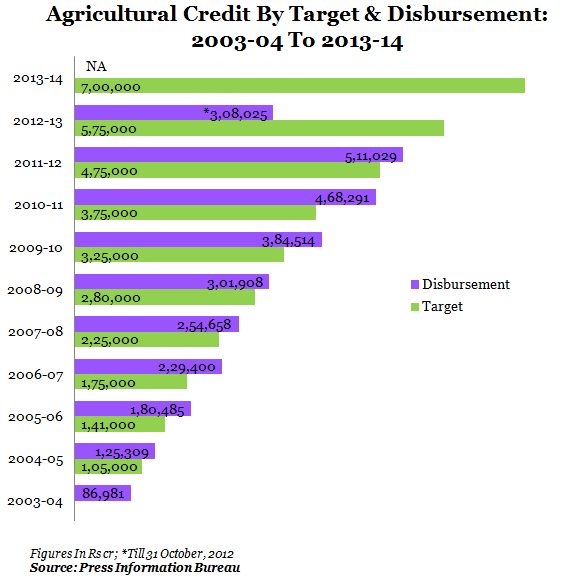 And here is a key data point as to why the Government may be keen to impress the farmers –Minister of State for Labour & Employment Kodikunnil Suresh told the Upper House Rajya Sabha recently that a survey carried out by the National Sample Survey Organisation in the year 2009-2010 showed total employment in both organised and unorganised sector in India stood at 465 million. 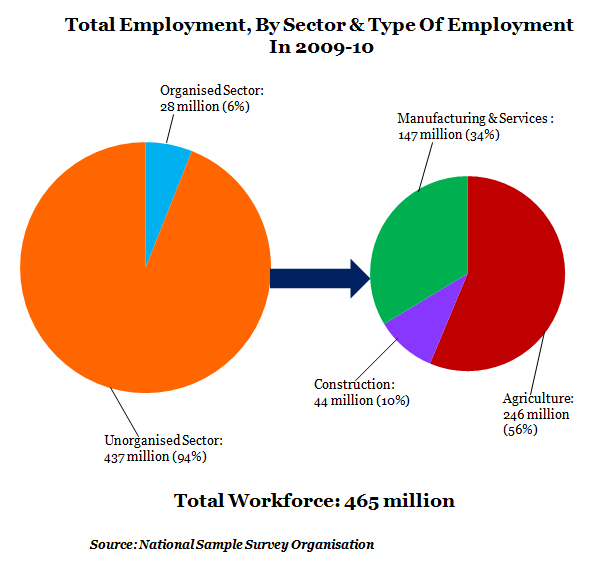 So, about 53% of the working population (246 million out of 465 million) and 21% of the total population (1.2 billion) are still dependent on agriculture for a living. That’s a number that many are familiar with but it looks a little different when you combine it with or view it in the context of increasing spends.