The Environmental & Departmental Challenges To A Clean Ganga 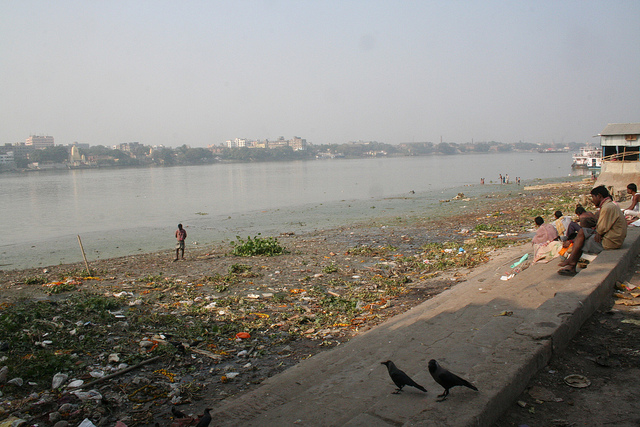 The Government has said it will hold a Ganga Manthan on July 7 to discuss an action plan and finalise a blueprint to rejuvenate the Ganga river. The term Manthan means deep contemplation or churning, more likely the latter, presumably of ideas in this case.

This might be much needed, not least because there are several bodies involved in cleaning up India’s sacred river. And there is a new one on the block, the Ministry of Water Resources, River Development and Ganga Rejuvenation.

Even as we wait for a recently constituted ministry to announce its policy towards the cleaning of India’s national river, we decided to look at the water resources of India and their current state to try and understand the scale of the challenge ahead – for the country’s rivers in general and the Ganga in specific.

The Central Pollution Control Board is one of the many players in the fray. It’s job is to assess the levels of pollution and quality of natural resources. Earlier, the Ganga Action Plan was under the ministry of Environment and Forests but with the constitution of a new ministry dedicated to the cause, the government has taken up the task of river cleaning more seriously.

Broadly speaking, the national water quality data reflects an overall degradation in India since 1995. The assessment of river water quality in India, 2010 has data on 124 rivers and reports, for instance, high biochemical oxygen demand (BOD) levels.

BOD is the amount of dissolved oxygen needed by biological organisms in a body of water to break down organic material present in a given water sample at certain temperature over a specific time period. So, higher the BOD value, more is the pollution and lower is the quality of the water body.

Here is some data on how this pollution occurs: A major cause of the degradation of water resources in India is untreated sewage disposal. The Central Pollution Control Board’s September 2013 reporton sewage capacity in Indian cities shows a dismal picture. According to the report that covered 492 Class I cities and 410 Class II cities, which are home to over 250 million people, there is only 30% sewage treatment capacity in Indian cities.

So, this implies that the rest of the waste goes untreated into the natural water sources. Other than this, the high prevalence of open defecation in India also leads to pollution in the water bodies.

Another layer to the problem: These water bodies are also sources of drinking water in homes. Polluted water bodies mean polluted drinking water. The water supplied through taps is safe for drinking but let us see how many people have access to it in India.

So, only 43.5 % people have access to drinking water from taps. Obviously, since a majority of the population do not have this access, there is high prevalence of water-borne diseases in India due to the bad quality of water sources.

The chart below shows growing cases of and deaths due to diseases caused by unsafe drinking water in India.

All the above data shows how our day-to-day activities increase the complexity of the problem.

The Ganga Action Plan was under the Ministry of Environment and Forests up to now. So far, The National Ganga River Basin Authority, under the Ministry of Environment and Forests, has spent Rs 747.7 crore on the Ganga Action Plan. The project is operational in four states through which the river flows, and the central and state Governments work in partnership. The Central Pollution Control Board handles only three projects. The table below shows the funds released till August 2013 and utilised till June 2013 in the Ganga Action Plan.

With the new ministry to concentrate on water resources, more attention can be paid towards the cleaning up of rivers. In the past, the Ganga Action Plan was extended to cleaning up of Yamuna and Gomati rivers. The new action plan ought to lead the way for cleaning up of other rivers in the country as well.