The Connection Between Self-Immolation and Domestic Violence 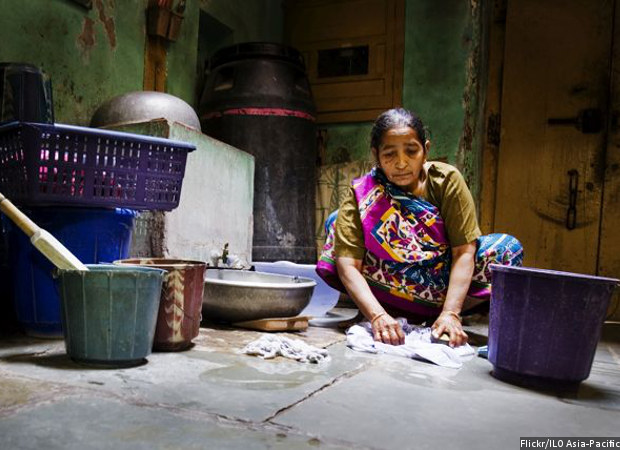 Indian men are twice as likely as women to kill themselves, but of all the methods of suicide, self-immolation is the only one that claims more women than men, according to national crime data.

In 2014—the latest data available—the likelihood of a suicide victim being a woman (61%) was significantly more in the case of self-immolation than for all other methods combined (28%), said this report on accidental deaths and suicides published by the National Crime Records Bureau, echoing past trends.

In absolute numbers, hanging and poisoning themselves were the preferred ways to die for women. Housewives—not farmers, as popularly believed—are more likely to kill themselves than any other demographic group in India, IndiaSpend had reported. As many as 20,148 housewives committed suicide in 2014.

The self-immolation phenomenon is related to the high rates of suicides by housewives in India as a result of domestic violence, said Flavia Agnes, a women's rights activist who runs Majlis, an advocacy. The cultural significance of fire, she said, made women prefer kerosene over poisoning or hanging, which also take more effort.

Ritual self-immolation is an Indian tradition, noted this 2003 study, which identified dowry as the modern motivating factor. "When dowry expectations are not met, the young bride may be killed or compelled to commit suicide, most frequently by burning," wrote the author, Virendra Kumar, a forensic professor. In Kumar's sample set of burned wives, most killed themselves within two to five years of marriage.

The main problem—marriage as the central focus of women's lives

"In India, we have continued to look at marriage as the only option for women," said Agnes, who has faced domestic violence and once considered self-immolation. "When faced with problems, the option for them is to either stay married, or die. The state has not paid sufficient attention to providing alternatives. Marriage seems to be the central focus in India, more than in any other country."

Often, said Agnes, when women take to legal recourse, cases run for long and the society accuses them of misusing the law. "What is the option for the woman, but to die?" asked Agnes.

The easy accessibility of kerosene at home could be a factor behind the high rate of self-immolation of women, past research has indicated.

Hanging and poisoning are preferred ways to die

Self-immolation rare in the developed world but common elsewhere

Self-immolation is common in South Asia, but not elsewhere in the world. "In other countries, poisoning, gunfire, etc. are more common in domestic deaths," said Agnes. "But in the Indian context, it's always burning."

India has a high rate of self-immolation relative to Western societies, noted a 2016 book The Psychology of Arson. It said that the "number of women coerced to commit suicide by fire was deemed such a concern that the Indian government enacted laws to ban dowries in 1961".

However, motivation is hard to establish, since many women do not talk about it and, in some cases, are not aware why they did it, as this 2012 study in the International Journal of Burns and Trauma noted, although some indicators are available.

"While suicide by self-immolation is very rare in the developed world, it is more frequent in Baltic region (including Lithuania, Finland, Russia,etc), Africa (including Egypt), the Middle East (including Iran), the Far East, particularly India and Vietnam."