The BJP's Deep Inroads Into Maharashtra 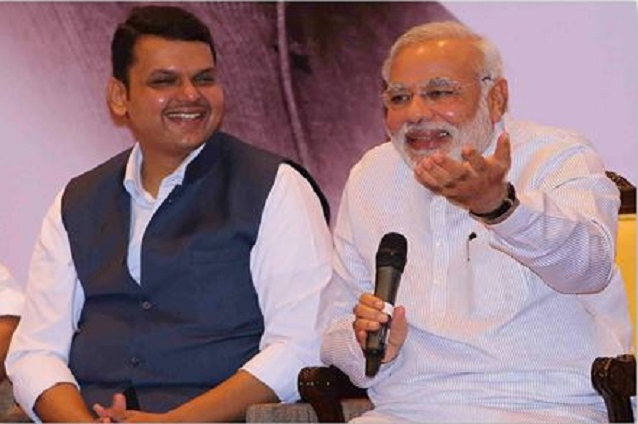 Maharashtra saw a saffron surge on Sunday with the Bharatiya Janata Party (BJP) emerging as the single largest party with 122 out of 288 seats, an increase of 165% from 2009. The Shiv Sena is the second largest party with 63 seats, an increase of 41%. Calling off the ‘Mahayuti’ (grand alliance) between the two parties before the elections clearly affected the Sena and benefitted the BJP.

The results clearly speak of BJP’s victory in every region of Maharashtra. Let us look at the region-wise vote distribution among the parties. 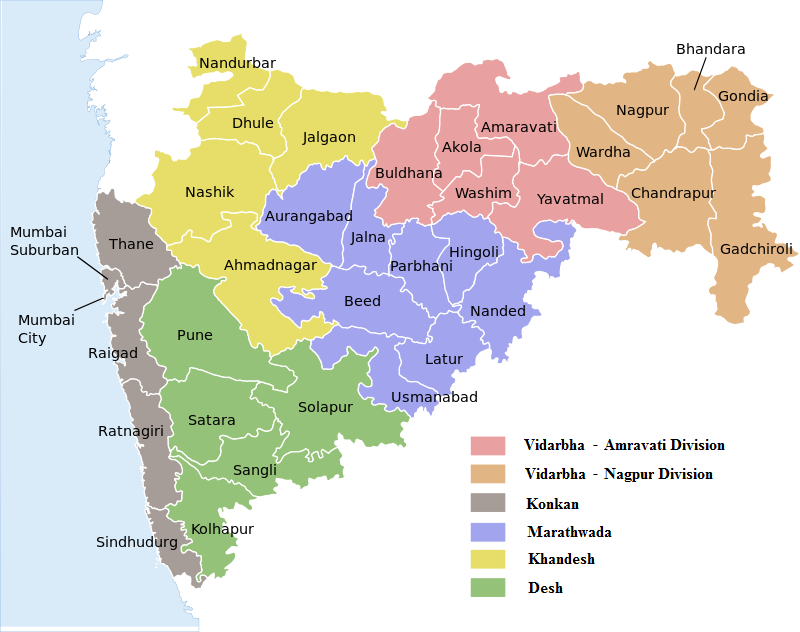 The BJP's victory unfolded with a sweep of the eastern region of Vidarbha, formerly known as Berar. The party won 44 of 62 seats in Maharashtra's poorest region (The main city of Nagpur contributed 11 of those), known for its rash of suicides by cotton farmers. Sprawling across a third of the state's area and home to a fifth of its population, mineral- and forest-rich Vidarbha reduced the Congress to 10 seats, compared with 24 in 2009.

The Konkan region, the land along the western coast, has always been considered the home ground of the Shiv Sena. The region’s capital, Mumbai, is not only the richest district in the state but also among the richest in India. Neighbouring Thane district has one of the highest per capita incomes in the country. The region also recently saw the creation of a new district, Palghar.

The Sena has emerged as the most successful party in the Konkan region with 28 seats, mainly in Ratnagiri, Raigarh and Sindhudurg, winning 44% of all seats.

The BJP and the Shiv Sena have gained mostly from the Congress and the Nationalist Congress Party (NCP). In Mumbai, Shiv Sena and BJP won three seats each. In Mumbai (suburban), BJP bagged 12 seats followed by the Sena with 11 seats. In 2009, Congress had 11 seats here; the party has two in 2014. Thane, a strong hold of the Sena and the NCP, saw the BJP win seven seats, with the Sena and NCP getting six and four seats, respectively.

The Desh region was the birthplace and core of the Maratha Empire, founded by the warrior-king Shivaji in the 17th century. The region is home to a number of cities, such as Satara and Pune, closely associated with Maratha history. It is also known as the sugar belt of Maharashtra; it is the second-largest producer of sugarcane in India and hosts the country’s second-largest sugar- processing capacity.

This bastion of the NCP has yielded clear gains for the BJP and the Sena. The NCP has slipped to second position, with 16 seats after the BJP’s 19. Pune, where the NCP is down from eight to three seats, has been the deal-clincher in 2014 for the BJP, which won 11 seats.

The region is known for its agro-processing industries, especially wine production. Of 46 wineries in India, 43 are in Maharashtra, with 22 of them around Nashik, the main city of Khandesh.

Here again, BJP is the clear winner winning more than 42% of seats. BJP won the most seats in Jalgaon, a city established by the Marathas and known today for its bananas and industries. The biggest loss here has been for the Maharashtra Navnirman Sena (MNS), which had six seats in 2009 but was wiped out in this election. BJP’s gain has been NCP’s and MNS's loss. The NCP managed eight seats compared to 13 in 2004. The Congress won 10 seats, one short of its count in 2009 and three short of its 2004 tally.

The region is known for its drought, falling as it does in the rain shadow area of Maharashtra. It is the most underdeveloped area in the state after Vidarbha. Marathwada also has the second highest number of farmer suicides after Vidarbha.

BJP has gained seats not just from NCP but also from former ally, the Shiv Sena, bagging 15. NCP won eight seats, compared to 12 seats in 2009. In Nanded, the region’s second-largest city, which is holy to Sikhs and followers of the mystical Sufi branch of Islam, the Sena won four seats; in 2009 it had none.