The Amazing Story Of India’s Trade With China 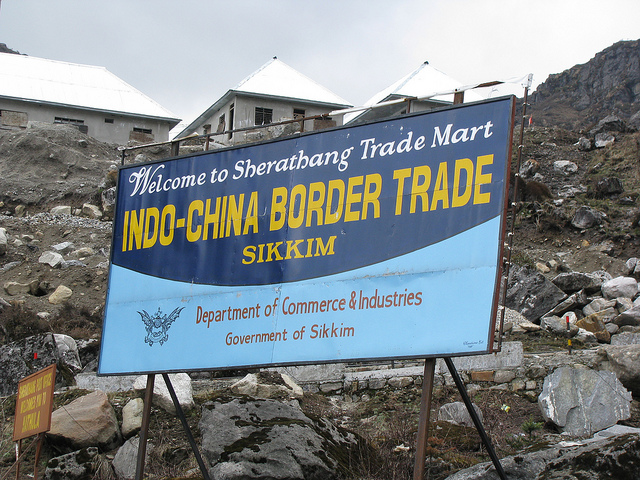 The move is seen as positive but exposes a larger challenge. The trade deficit between the two nations stands at $36 billion, against India. Moreover, it’s the composition of this trade. It might have been lucrative to export raw cotton, yarn and castor oil a few centuries ago. Or for that matter, going back to 2nd Century BC when it started. But surely matters must progress in the 21st Century.

India’s trade with the world has grown manyfold since 1990s, especially with China. China has become India’s largest and the most important trading partner since 2008. However, the bilateral trade deficit between the two countries touched US $ 36 billion in 2013, a matter of concern for India.

There have also been initiatives to improve trade relations and investment cooperation, and the countries agreed upon a memorandum of understanding (MoU) for co-operation on industrial parks recently. This will promote development of special economic zones (SEZs) and National Investment and Manufacturing Zone (NIMZ) in India.

India’s major imports from China include telecom instruments and computer hardware. Imports of manufactured fertilisers have declined from $ 2.5 billion in 2012-13 to $ 1.9 billion in 2013-14.

Raw cotton is the largest exported commodity to China but there has been decline of $ 1.52 billion between 2011-12 and 2013-14. It is interesting to know that China is the world’s largest producer and consumer of cotton; yet it imports huge quantity from India, which could be due to its insufficiency to meet domestic demand.

The decline in cotton imports is also due to shift in stockpiling scheme by the Chinese Government. On the other hand, cotton yarn exports have seen a rise from $ 0.56 billion to $ 1.90 billion. The reason is to avoid higher taxes on imports of raw cotton. Iron ore, which was the top commodity a couple of years back, has slipped to 4th position in 2012-13.

India seems to be doing pretty well with China on the trade front in contrast to other partners even though both countries have had sour relations, be it border disputes or political rivalry in the region. Trade with China performed better compared in 2013-14 to previous year; from a decline of 10.37% to a marginal increase of 0.12%.

A prominent economist, spoke to IndiaSpend says India’s trade deficit is structural in dimension as imports from China are mostly manufactured goods, including capital equipment, which is relatively not competitive to that of China.

“China will lose its competitiveness in the next 5 to 10 years as it is experiencing rapidly rising labour costs and has not been able to transit into an effective labour substituting model,” he said.

He added that if we get our policies right, like what Prime Minister Narendra Modi said, “Come and Make in India”, enabling India to achieve competitiveness by attracting investments that now go to China due to infrastructure issues, labor regulations etc. India’s trade in coming years should expand on the basis of manufacturing competitiveness.