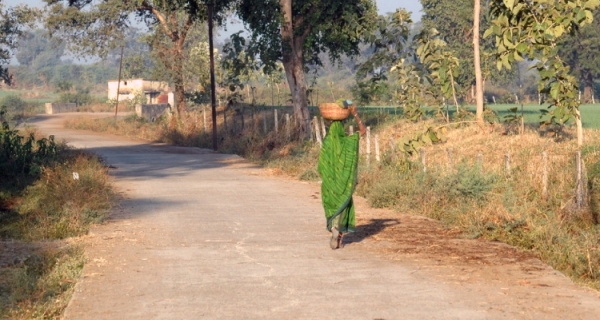 The Government has spent over Rs 1,25,000 crore ($25 billion) for building rural roads over the last 12 years. The results of this targeted spend are somewhat mixed. Some states have used the funds effectively while others have not. To be fair, some states have much larger outlays. IndiaSpend’s Prachi Salve looks at the projects completed till now and also a check on the quality of the roads.

* Tamil Nadu and Gujarat have built the maximum number of rural roads in the last 11 years.

* Bihar, Jharkhand, Jammu & Kashmir, Assam and Uttarakhand have been the worst performers.

* Nationally, nearly 91 % funds have been released but only 76% work has been completed.

Pradhan Mantri Gram Sadak Yojana (PMGSY) was the flagship programme of the National Democratic Alliance (NDA) and was launched on 25th December 2000. The aim is to ensure connectivity of habitations with population of more than 500 people in the plains and more than 250 in hilly and deserts areas with all-weather roads. India has 600,000 villages in all, and the target of PMGSY is to connect 159,000 villages.

The scheme is based on the principle of partnership between the centre and states and funds are released in the ratio of 75: 25 (90:10 in the case of North Eastern States including Sikkim.)

The scheme has been active for the last 12 years and has seen two elections. It has been carried forward by two consecutive Congress-led governments of the United Progressive Alliance (UPA). Table 1 shows the allocations and expenditures for the schemes under the different governments.

No. of habitations to be connected

Length of roads to be completed (in Km.)

No. of habitations connected/ (in %)

Length of roads completed (in Km.)

Rural road construction has been moving at an unsteady pace in the last six years. For instance, the highest amount of construction took place in 2008-09, an election year. Moreover, connectivity to habitations is declining with every passing year.

The target for 2011-12 has been revised downwards from 8,000 to 4,000 habitations. The target of 25,000 kms roads for new connectivity and 25,000kms roads for upgradation has been reduced to 16,000 kms and 17,000 kms, respectively. As per official statements, this was done since the government wants to avoid backlogs as a result of insufficiency of funds.

Tamil Nadu, Gujarat, Karnataka and Haryana have reported connectivity of more than 90% of their targeted habitations with equal or even less amounts being released by the central government. On the other hand, states like Bihar, Jharkhand, Jammu & Kashmir and Assam have less than 50% of habitations connected while using almost more than 90% of funds allotted to them.

Even though the central government is claiming 77% road connectivity, the quality of completed works remains a concern. Inspections of the works carried out between January 2007 and August2010 by National Quality Monitors (NQMs) found that 56% projects were not up to the mark in Bihar followed by Nagaland (50%), Chhattisgarh (26%), Maharashtra (24%) and Meghalaya (22%).