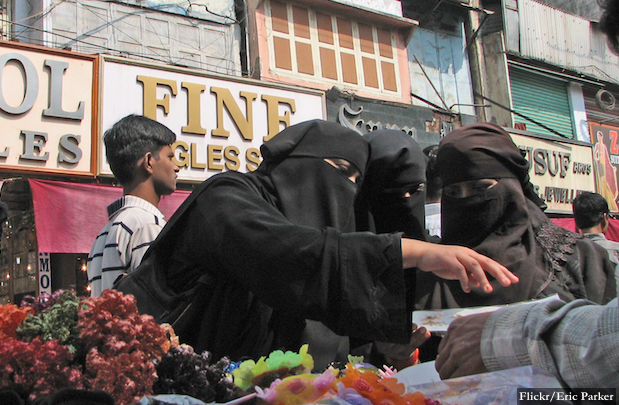 The Supreme Court, in a landmark verdict on August 22, 2017, struck down the practice of triple talaq. A constitutional bench of five judges, belonging to different faiths -- Hinduism, Christianity, Islam, Sikhism and Zoroastrianism -- ruled by a 3:2 majority that there was no constitutional protection for triple talaq.

The bench heard seven petitions filed by Muslim women challenging the 1,400-year-old practice, including by one who was divorced on WhatsApp. In India, for every divorced Muslim man, there are four divorced Muslim women, IndiaSpend reported on October 15, 2016, analysing Census 2011 data.

Arguing that Triple Talaq is discriminatory and arbitrary, Justices Rohinton Fali Nariman and U U Lalit struck down the practice in their judgement which went on to form the majority verdict.

“Triple Talaq, is within the meaning of the expression “laws in force” in Article 13(1) and must be struck down as being void,” the two judges ruled.

Article 13 (1) mandates that all laws in the country existing prior to the Constitution that came into effect in 1950, found to be inconsistent with the fundamental rights prescribed therein, are to be treated as void.

Heading the SC bench, chief justice JS Khehar and Justice Abdul Nazeer differed from Justices Nariman and Lalit, on the grounds that the court cannot interfere in matters of personal laws which are a fundamental right as per the constitution.

Writing the minority judgement, CJI Khehar directed the government “to consider appropriate legislation” for triple talaq. “We hope and expect, that the contemplated legislation will also take into consideration advances in Muslim ‘personal law’ or the ‘Shariat’, as have been corrected by legislation the world over, even by theocratic Islamic States,” CJI Khehar wrote.

Justice Kurian Joseph, supporting Justices Nariman and Lalit, said he found it “extremely difficult to agree” with CJI Khehar. In his judgement, which delivered the deciding majority, Justice Joseph endorsed and reiterated the SC judgement of 2002 for a criminal appeal case (Shamim Ara vs. State of Uttar Pradesh) wherein the apex court had previously already invalidated a divorce by triple talaq.

We storified a thread of tweets put out on August 22, 2017, to give you an insight on triple talaq and divorce statistics among religions in India.

As #SupremeCourt rules #TripleTalaq unconstitutional. Follow this thread for insights on Triple Talaq. (1/6)

Within religions, highest imbalance of separated women-to-men ratio is among Muslims. (4/6) #TripleTalaq

75% of those separated among Muslims are women. (5/6) #TripleTalaq

Here are some reactions to the Supreme Court ruling on triple talaq:

Judgment of the Hon'ble SC on Triple Talaq is historic. It grants equality to Muslim women and is a powerful measure for women empowerment.

Shia Personal Law Board has been fighting against #TripleTalaq since 2007, welcome this. Great first step: Maulana Yasoob Abbas,Shia Cleric pic.twitter.com/hJRrBM1ufJ

We welcome the Supreme Court's judgement on #TripleTalaq.
It is a progressive, secular judgement for equal rights of Muslim women in India. https://t.co/2Xa4KEwEAW

Have respected SC's judgements in past, today's judgement on #TripleTalaq will also be considered by us: Z Jilani, member, AIMPLB pic.twitter.com/whhVOxnp9z

We welcome the judgment of the Hon’ble #SupremeCourt of India. #TripleTalaq

Abolition of #TripleTalaq, 4 times Nikah & Halala will loosen the grip of some Maulvi's
It wud free 150million Muslim women from slavery.

(Saldanha is an assistant editor and Mallapur an analyst with IndiaSpend.)