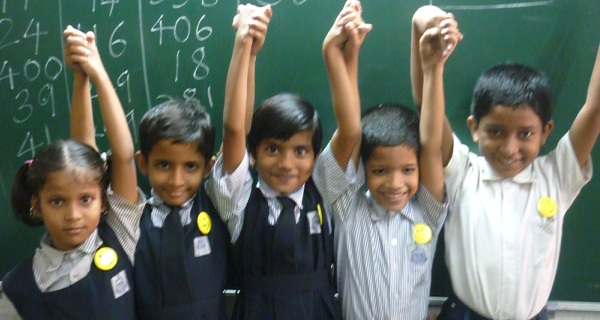 * The number of teachers has been falling for regional schools but is increasing in English schools.

Brihanmumbai Municipal Corporation (BMC) is India’s richest civic body. Its spend on education has increased sharply in recent years but as IndiaSpend’s Prachi Salve discovers, the increase is mostly being spent on paying salaries and pensions of employees.

The Mumbai Municipal Corporation provides free primary education to children enrolled in around 1,400 schools. Most of the education department’s income comes from grants from the state and central governments and the education cess collected by the corporation. According to budget estimates of this year, capital receipts for the education budget were Rs547 crore, which was 235% higher compared to last year’s Rs163 crore.

Schools for the mentally Challenged

Schools for the mentally Challenged

(Data refers to students/teacher as per medium of instruction. English schools teach Maths/Science in English and everything else in Marathi.*Mumbai public schools refer to schools where the language of teaching is English).)

Time For A Rethink

Even though there has been a significant increase in the expenditure on education by the BMC, the corporation-run schools continue to see a reduction in students. So, the challenge for the corporation would be to look at the data and change its services, may be by recruiting more teachers in English language schools as well as Mumbai public schools.