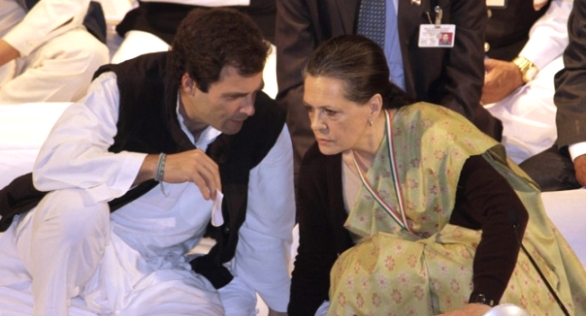 With elections approaching and the main political parties strategising on how to ensure victory, it would be interesting to step back and take a look at past elections and the history of non-Congress Governments in India. To be fair, history may not always be repeated but it's worth knowing what could happen and why.

There have been 7 non-Congress Prime Ministers in India, and the time spent by the non-Congress PMs in office is about 12 years and one month out of a total of 67 years of Independent India’s history. Or put differently, the Congress has been in power for almost 55 years, a period that would make it difficult to absolve itself of any blame. Equally, it's clear how voters have chosen.

Now, 5 out of 7 non-Congress Prime Ministers have not lasted a full year in office. The only non-Congress Government to have lasted the full term was headed by Bharatiya Janata Party leader AB Vajpayee (1999-2004). 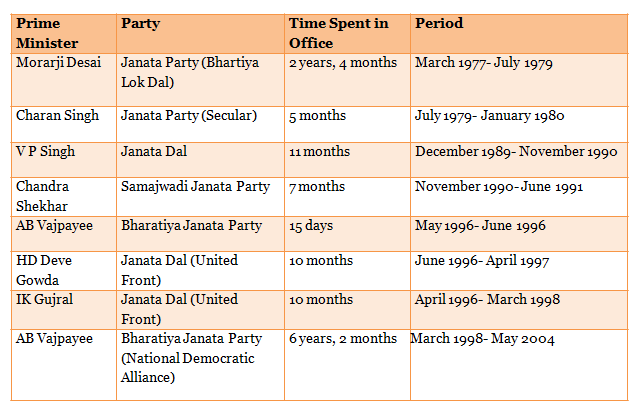 In the 1984 elections, Rajiv Gandhi managed a huge win based on the sympathy vote that followed the assassination of his mother Indira Gandhi. But in the succeeding election, in 1989, the Congress had the biggest loss of seats. V P Singh, a dissenting minister from the Rajiv Gandhi Government, became the Prime Minister. He was followed by Chandra Shekhar who managed to remain in power for merely 7 months with Congress support.

The next round of instability the nation witnessed was from 1996 to 1999. Three rounds of elections were held in this period. AB Vajpayee became the Prime Minister but could not prove his majority. The United Front, a coalition of 13 assorted parties came up and was supported by the Congress and the CPM from the outside. The United Front gave two Prime Ministers to India but could not hold the majority support on the floor of the house for a full term.

Fresh elections were held in 1998. BJP again came up as the single largest party in the Lok Sabha. However, BJP still did not have the required numbers in the House. The National Democratic Alliance (NDA) was formed after the 1998 elections. AB Vajpayee became the Prime Minister of the BJP-led coalition. The government, nonetheless, fell in a little more than one year as AIADMK withdrew from NDA.

Another round of national elections had to be conducted in 1999. This time, NDA got the required majority and were able to remain in office for a full term, and thus came the first full-term, non-Congress Government in India.

Historically, the Congress has been the dominant party in India. Because of its involvement in the freedom movement, the party was well spread out across the country. Since the Congress was a large party, the losses it suffered in anti-incumbency were also huge. It is also worth noting that each time the party was thrown out due to anti-incumbency, the alternative Governments were coalitional and could not survive internal factionalism.

The political system in India has developed from being dominated by the Congress to where varied groups can find representation. While it is a good sign for the democratisation process in India, parliamentary democracies function on majority of seats in the assembly. And politics in India seems to have come to terms with coalitions.