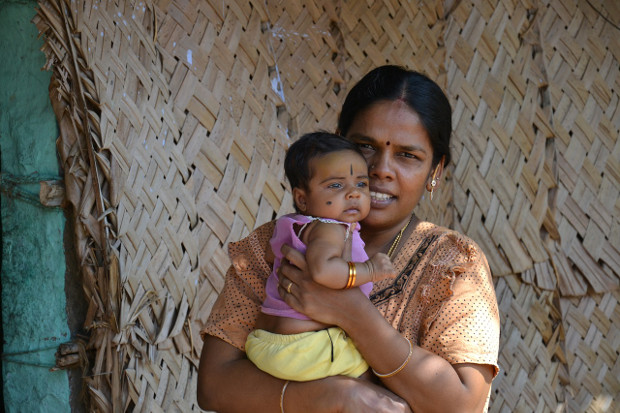 Under-five mortality is the number of children under the age of five dying per 1,000 live births. It is considered a good indicator of child health because it is a result of a variety of inputs such as mother’s nutritional status and health, level of immunisation, income and food availability, sanitation, availability of maternal and child health services, and the overall safety of a child’s environment, according to the United Nations Children's Fund (UNICEF).

We found the states of Uttar Pradesh, Madhya Pradesh, Chhattisgarh, Bihar and Assam to have the highest under-five mortality rates. The percentage of women with more than 10 years of schooling in these states was lower than the national average of 35.7%.

Kerala, Goa, Manipur, Tamil Nadu and Maharashtra have the lowest under-five mortality rate in the country, while the percentage of women with more than 10 years of schooling in these states was much higher than the national average.

There is other evidence that women’s education leads to better health outcomes for their children. A child born to a mother who can read is 50% more likely to survive past five years of age; each year of mother’s schooling decreases the probability of infant mortality by 5-10%, according to the United Nations Educational, Scientific and Cultural Organization’s 2011 report, Education Counts.

The states with the lowest under-five mortality rates also fared better on women’s empowerment indicators such as more women owning bank accounts that they themselves use, and fewer women getting married before 18 years of age, as compared with the national average.

These states also have a higher-than-average percentage of women who get full antenatal care and who take iron and folic acid (IFA) supplements for 100 days or more during their pregnancy. Further, these states have a lower percentage of underweight children than the national average.

Healthier women have healthier children, IndiaSpend had reported in January, 2016. IFA supplements during pregnancy help fulfil the nutritional requirements of the mother and the baby--helping prevent anaemia, for instance--while also reducing the likelihood of birth defects.

For instance, Kerala, which has the lowest rate of under-five mortality (seven deaths per 1,000 live births)--at par with the United States--has 72.2% of women completing 10 years or more of schooling. As many as 63.4% of women get full antenatal care and 67.1% have IFA tablets for 100 days when pregnant--compared with 21% and 30.3% nationally.

On the other hand, Uttar Pradesh has the highest under-five mortality rate (78 deaths per 1,000 live births) and only 32.9% of its women complete 10 years or more of schooling. Subsequently, only 5.9% of its women get complete antenatal care and 12.9% consume IFA tablets for 100 days or more during pregnancy.

(Salve is an analyst and Yadavar is principal correspondent with IndiaSpend.)