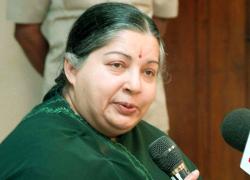 Tamil Nadu Chief Minister J Jayalalithaa recently criticised the central Government for its “lack of attention to her state.” She referred specifically to the “Release of funds by the Centre to Tamil Nadu under the Police Modernisation Scheme” that had come down drastically, from 75 to 60 per cent, in 2012-13.”

Are states really not getting their share of funds for homeland security - particularly at a time when concerns over homeland security are at a peak? More specifically, has Tamil Nadu been deprived of resources to modernize its police force? The answer depends on who you ask.

Chief Minister Jayalalithaa is accurate in her claim that fund flows have slowed down. Yet, data suggests that this could well be because the funds given out in earlier years were still to be used.

Amazingly, the Home Ministry’s Bureau of Police Research and Development says only 58% of police modernisation funds were used during 2011-12. The Centre and respective state governments provided Rs 1,150 crore but only Rs 671 crore was spent.

Let’s return to some background. Modernisation of state police forces has been a focused effort on the part of the Ministry of Home Affairs (MHA) since 1969-70.

The money is allocated (and is a non-refundable grant)) for a variety of purposes. They include construction of police stations, outposts, barracks, police lines, residential quarters for lower and upper subordinate police personnel, procurement of vehicles, communication equipment, security / surveillance equipment, modern weaponry and creating training infrastructure facilities.

The North-Eastern states and Jammu & Kashmir receive 100% central funding while other states get it on a 75:25 basis. 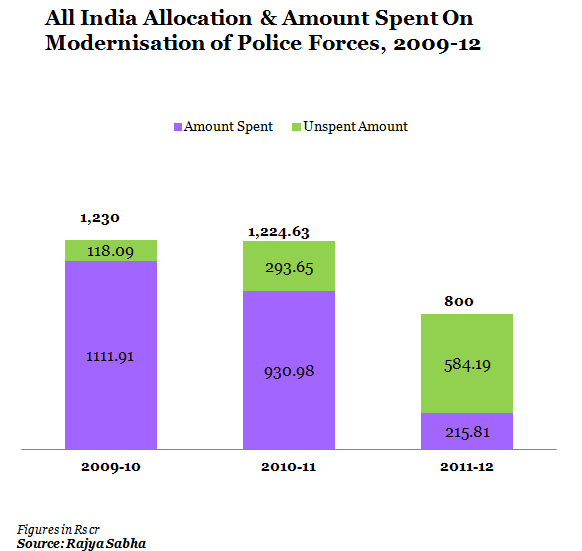 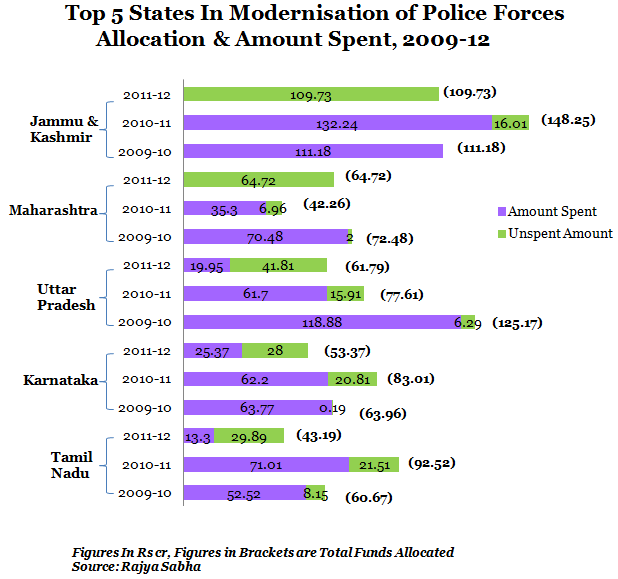 Figure 1 (b) above shows that Tamil Nadu has received a fair share of funds from 2009-10 but the number has reduced over the years.

It’s not just Tamil Nadu. Other states too haven’t used their modernisation funds, for example, Jammu & Kashmir’s funds remained untouched in 2011-12. Maharashtra too, the target of several terror attacks, didn’t use any of the funds allocated under the scheme in 2011-12

To return to the Tamil Nadu CM’s claim, she’s accurate because there has been a 60% decrease of funds released to the state in 2011-12. But Tamil Nadu spent only 20% of the funds it received for modernising its police force in 2011-12.

So where are the central Government’s funds going? And why are state Governments not spending them? A reply to a Parliamentary question in Rajya Sabha, the upper house, by the Ministry of Home Affairs last week summed it up.

The reply says matter of factly that the states do not spend the money allocated to them under the scheme. As the grant is non-refundable this money remains with the state governments. So the central government does not allocate more funds to states who already have large amounts lying unspent from previous years.

And as to why they don’t spend, the answer is seemingly more to do with bureaucracy, amidst the state and central Government departments. Procedural delays like testing of arms which takes time, is another reason cited for non-utilisation. For example permissions are required even before orders are placed for weapons and mobile units. The processing often takes very long and is even declined, apparently. Thus, once again, leading to funds remaining unspent.