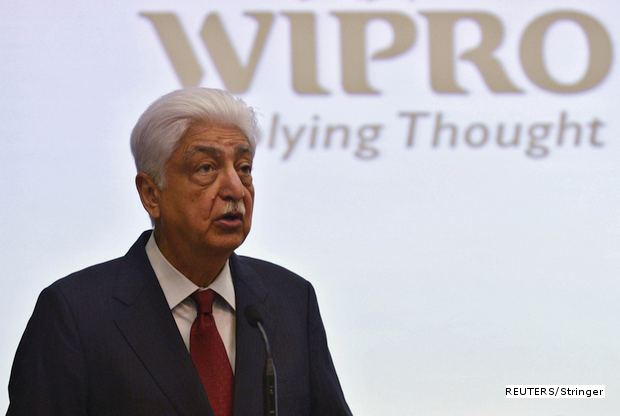 Leading businesspeople from Southern India donate eight times more to philanthropic causes than those from the North.

That was the finding of the Hurun India Philanthropy List 2014, which looks at how much Indian businesspeople have donated to various causes over the past year (specifically, from November 2013 to October 2014).

Prepared by the Shanghai, China-based Hurun Research Institute, the second edition of the yearly list considers anyone who has contributed more than Rs 10 crore. Icons from the IT (information technology) industry dominate the top 10, with Azim Premji of Wipro alone having donated Rs 12,316 crore to stay on top for the second year in a row.

While many of the industrialists are based in Western India (19, in cities such as Mumbai and Pune), those based in Southern India donated the most with around Rs 13,300 crore.

If we look at how much has been donated by each sector, industrialists from Technology, Media and Telecommunications (TMT) contributed the most with Rs 15,151 crore. People from less glamorous sectors, such as energy and manufacturing, did their bit too. The chart below highlights the biggest contributors in those sectors.

Looking at the causes philanthropists support, it is clear that education is a subject close to everyone’s hearts, with more than half of the top 50 (27) contributing to it; the sector gets donations of around Rs 15,800 crore. The amounts contributed to other causes pale in comparison, so we thought we’d highlight the biggest contributors to the others in the chart below. Special mention goes to Hemendra Kothari from the investment company DSP Blackrock; he contributed Rs 12 crore to environmental efforts.

Since this is the second edition of the Hurun philanthropy list, we can compare it with figures from last year. In the chart below, for example, we see that Shiv Nadar of HCL contributed Rs 1,864 crore less this year, although he was still third in the 2014 list with donations of Rs 1,136 crore. 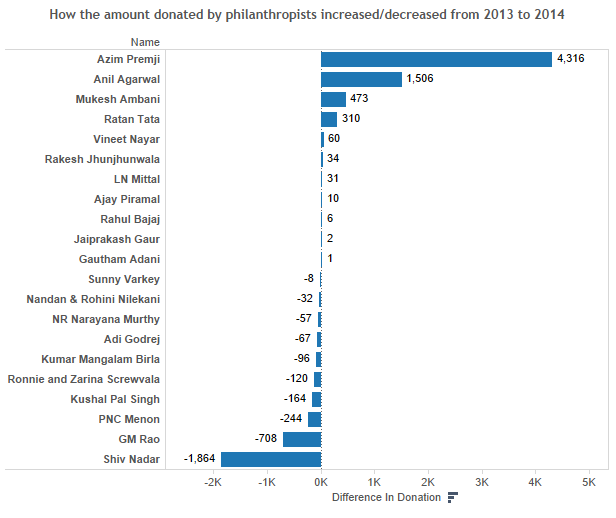 While some might say that the Hurun list reduces philanthropy to a competition and thereby demeans it, it is still one of the few efforts that record and measure giving in India.

In that sense, the list is an essential tool to understand philanthropy, as it exists, in India today.

It’s just that India had to wait for a research institute in China to do it for us.