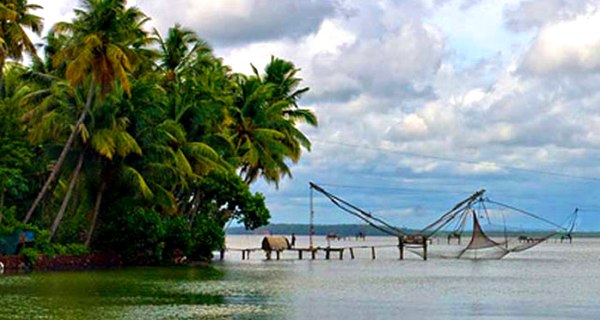 IndiaSpend’s Dhritiman Gupta takes a look at some of the economic and social indicators of these states to get a better understanding of these four states that have played an important role in the country’s growth story.

First, a look at the growth rates the four states have managed over the past decade.

The growth numbers for all the four states have been impressive (Table 1) since 2004-05. The growth numbers, however, show a slowdown for the periods 2007-08 and 2008-09 and again in 2011-12. The effects of the global financial slowdown and the euro zone debt crisis are clearly visible in the numbers. Yet, the states have managed to grow at average rates that are upwards of 8% per annum over the period 2004-05 to 2011-12. And Tamil Nadu leads the pack with an impressive average growth rate of 10.2%.

Now we look at the relative ranking of the states by comparing them with 32 states and union territories for which data is available. Over the period 1994-02, Karnataka was ranked 14th in the country followed by Andhra Pradesh at 16th, Tamil Nadu at 17th and Kerala at 18th. For the period 2004-12, the rankings had changed: Tamil Nadu had moved to 7th followed by Karnataka and Andhra Pradesh at 13th and Kerala at 17th.

So, except Tamil Nadu, none of the states changed their positions much but the growth numbers are still quite impressive. It is just that some states like Bihar and Uttarakhand have grown at faster rates.

Per Capita Income More Than Doubles

Let us look at the per-capita (person) income.

Multiple Increase over the 11 year period

As can be seen from (Table 2), all the states have managed to more than double the income of its citizens over the 11-year period. Tamil Nadu and Kerala performed the best among the states by almost tripling incomes.

But we see something surprising if we look at the relative rankings vis-à-vis the 32 states and union territories for which data is available. In 2000-01, Tamil Nadu was ranked 10th in the country followed by Kerala at 11th, Karnataka at 12th and Andhra Pradesh at 15th. In 2011-12, the rankings were 9th, 10th, 17th and 16th, respectively. Rankings had not improved much. In fact, they had deteriorated for Karnataka and Andhra Pradesh despite the fact that these states had done quite well in increasing incomes.

Let us now look at the poverty reduction records of the states.

Poverty Rate- Percentage of people of the total population of the state living below the poverty line, Tendulkar Methodology used

The performance is commendable in light of the fact that the poverty situation has worsened in big states like Bihar and Uttar Pradesh despite good growth.

In Bihar, the absolute number of poor people went up from 49 million to 54 million over 2004-09 while the number was unchanged at 73 million in Uttar Pradesh.

Now, let us turn the focus to literacy.

As can be seen from (Table 4), all the states, except perhaps Andhra Pradesh, had decent literacy rates of more than 75% in 2011. The all-India figure was 74%. Kerala had a huge lead over other states with near universal education and a literacy rate of 93.9%.

We will now look at life expectancy and the sex-ratio of the states.

Life expectancy figures for all the four states (Table 5) over 2002-06 was above the all-India figure of 63.5 years. Kerala is again ranked first in the country with a figure of 74.0. The three other states also performed well. Of the 15 states for which data is available, Tamil Nadu comes at 4th, Karnataka 6th and Andhra Pradesh 8th.