Smartphone Use Soars, So Do Smut-Sharing Crimes 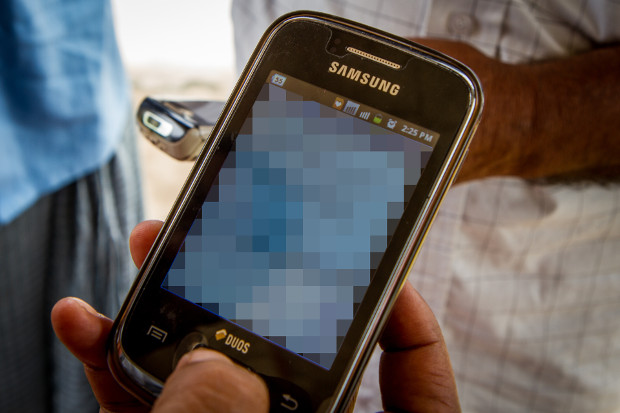 New Delhi: Early this week, the Mumbai police registered a case against “unknown persons” for leaking a nude clip of actor Radhika Apte. Part of a 20-minute film directed by Anurag Kashyap, the clip went viral on instant-messaging application WhatsApp.

In concert with India’s smartphone proliferation, cases related to the transmission of “obscene material” jumped 104% between 2012 and 2013, according to data from the National Crime Records Bureau (NCRB), rising from 589 cases in 2012 to 1,203 cases in 2013.

This does not mean that the increase in smartphone users led to a rise in cases registered under the Information Technology (IT) Act, 2000, but experts said the smartphone has certainly contributed, especially to the surge in applications, or apps, based on the Android operating system.

In March, Minister for Communications & IT Ravi Shankar Prasad told Parliament that the increase in the number of mobile phones had set off a rise in cyber crimes.

Sharing pornography through desktops and laptops predates the smartphone, but it is cumbersome and limited. “But today you can find so many free android apps for smartphones, making it so easy for users to share photos or videos anytime anywhere,” said Bangalore cyber law expert Na Vijayashankar. “It was never so easy and quick.”

This may be why such crimes are not restricted to big cities. With 157 cases in 2013, Vishakhapatnam tops the list of cities reporting crimes related to obscene-material transmission, followed by Jodhpur with 78 cases.

India had 44 million smartphone users in 2012 and, in less than a year, the number of users crossed 100 million, according to a 2012 report of Kleiner Perkins Caufield & Byers (KPCB), US venture-capital consultancy.

By 2013, India had about 117 million smartphone users, behind only China and the US, KPCB’s 2014 report on internet trends reported.

Sharing of images and video streaming, one of the biggest uses for mobile data, soared. More than 1.8 billion photos are shared every day globally via platforms such as Snapchat, Facebook, WhatsApp, Flickr and Instagram, the 2014 KPCB report said.

Apart from cheap internet plans and smartphones, ignorance of cyber law contributes to the smut-sharing surge, said Rakshit Tandon, a cyber-security expert and consultant with the Internet and Mobile Association of India.

“People … do not realise the legal implications of most of the things they do on the Internet,” said Tandon. “They think whatever they are sharing is private, but in reality most of it is in public and police can take action on someone’s complaint.” 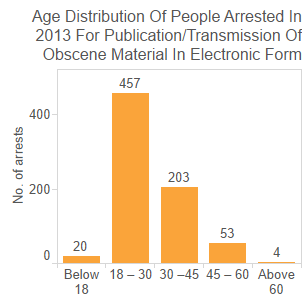 Whether motivated by outrage, revenge, anger or pleasure, younger people—between the ages of 18 and 45—constitute the overwhelming number of those accused in violation of section 67 of the IT Act, cases related to transmission of obscene material.

In 2013, 660 of 737 people arrested for sharing “objectionable” photos and videos were in this age group.

Indians spent nearly three hours (162 minutes) on their smartphones, according to the 2014 KPCB report, more than on TVs, PCs and tablets. That data aligns with a 2013 report from UC Browser, a global provider of mobile internet software and services, which said 63% of participants watch videos almost every day. The average watching time per day was more than one hour.