Slumdog Millionaires: Life Is Tougher But Better Than The Rest 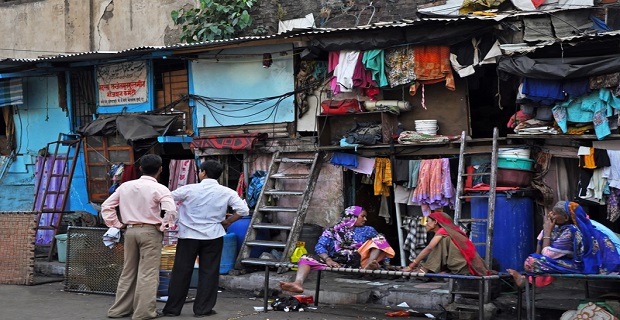 Slums across India have been the focal point of many books and films. So what is the data reality? According to the latest Census data on slums, there has been a 25% increase in slum population since 2001 while the average household size has declined in the last decade.

Maharashtra and Andhra Pradesh share around 33% of the total slum population of India. And yes, slums across India have better literacy rate and better child sex ratio than the rest of India.

Let’s look at the official definition of slums. Section-3 of the Slum Area Improvement and Clearance Act, 1956 defines slums as residential areas where houses are unfit for human habitation for reasons of dilapidation, overcrowding, narrowness of streets, lack of ventilation and sanitation facilities, which are detrimental to safety, health and morals.

The following figures gives an idea of the slum population growth in India: 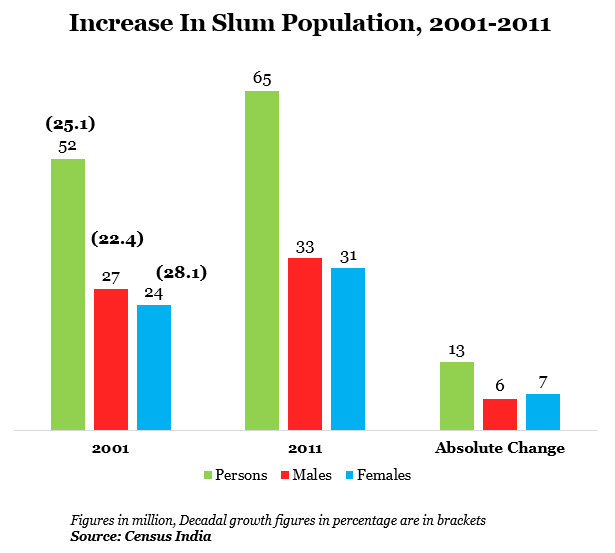 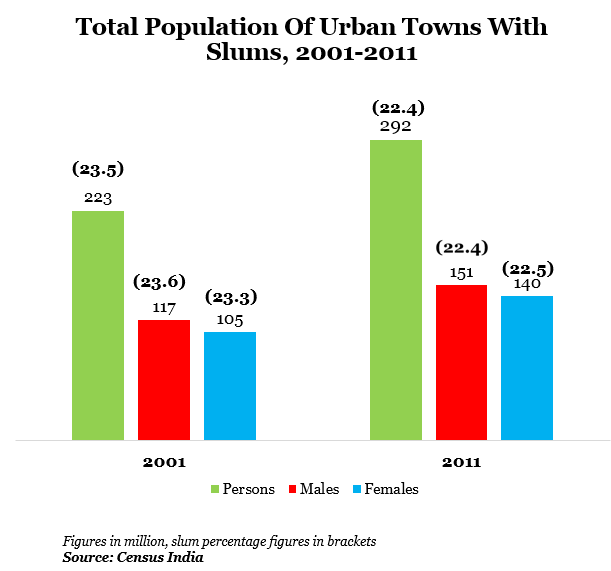 So, which are the states with the highest and the lowest slum population as per the 2011 Census? 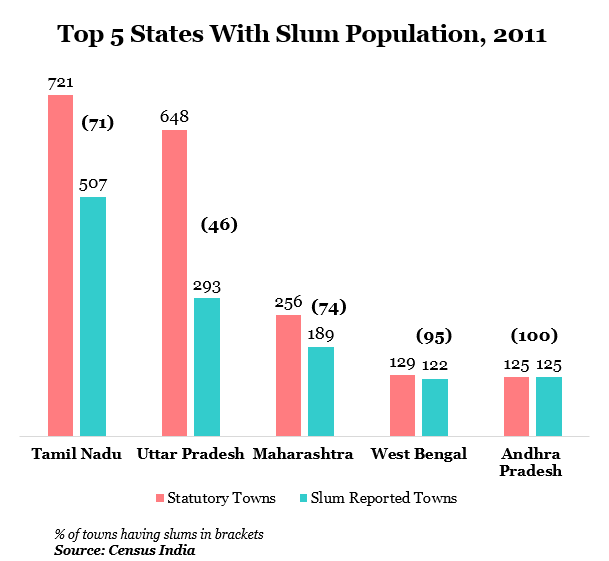 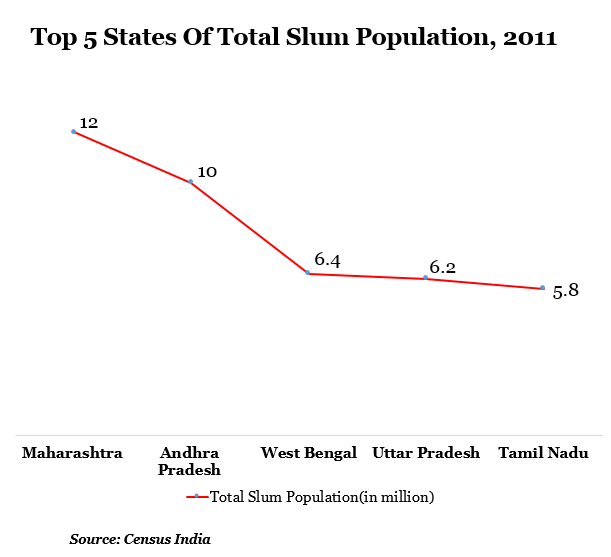 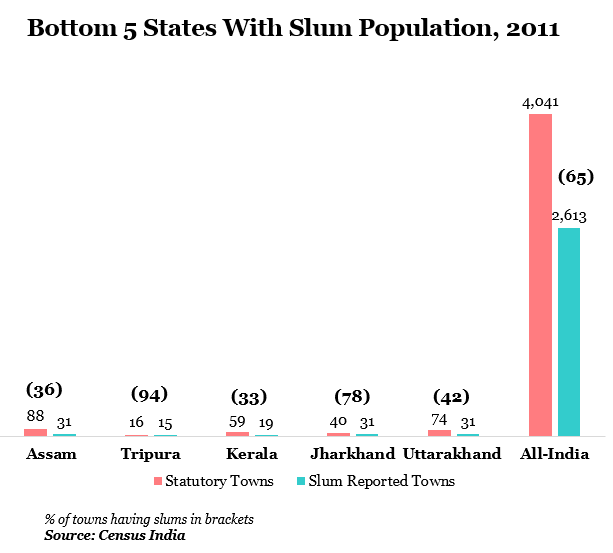 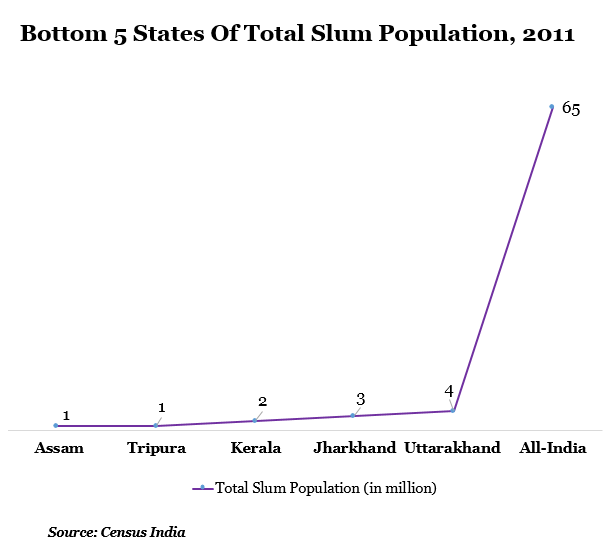 Maharashtra has the highest slum population but a lesser percentage of towns with a slum population as compared to Andhra Pradesh, West Bengal and even Tripura and Jharkhand. The reason could be the urbanisation in the state, which attracts a large number of migrants from other states.

West Bengal, Uttar Pradesh and Tamil Nadu also have high slum population. Uttar Pradesh, though, has less than 50% of its towns inhabited by slums. However, if we take the number of households into account, then Madhya Pradesh overtakes Uttar Pradesh.

Assam and Tripura have the lowest slum populationfollowed by Kerala, Jharkhand and Uttarakhand. Kerala, of all the states, mentioned in the table, has the lowest percentage of its towns (33%) inhabited by slums. The North-East states have fewer slums.

The following table gives an idea of a few other important socio-economic indicators of slums over the last decade: 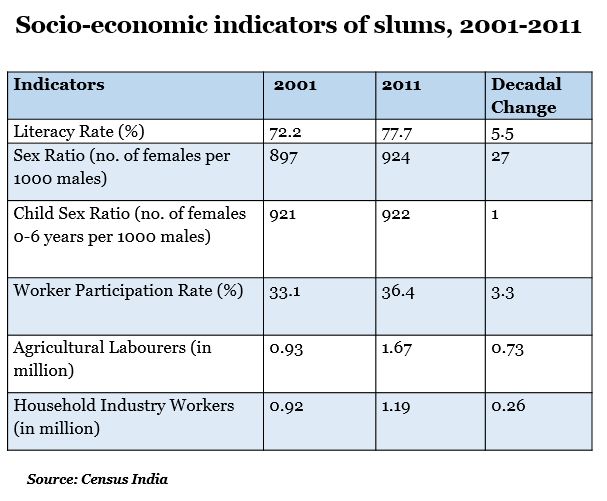 A slum is generally characterised by lack of housing facilities, hygiene and sanitation and many other societal challenges but data clearly shows that slums in India are improving in work participation, have better literacy and better child sex ratio than the average of India. That is not to say life is any easier for those who live in them but it surely seems to make them more determined to live a better life.