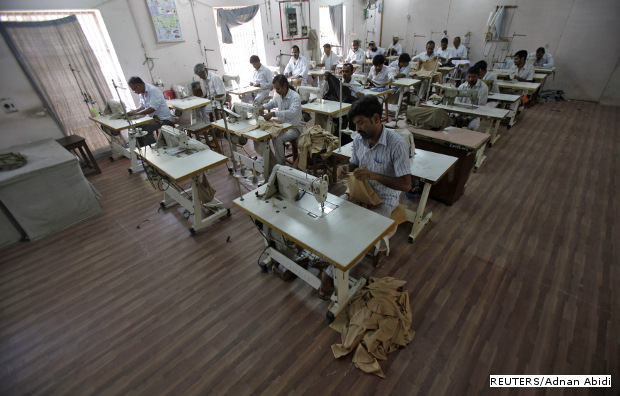 Finance Minister Arun Jaitley announced the creation of a separate ministry for skill development of rural youth and allocated Rs 1,543 crore for the year 2015-16.

Jaitley, while presenting the first full union budget of the Bharatiya Janata Party-led government, highlighted that less than 5% of India’s potential work force gets skill training to be employable.

IndiaSpend had earlier reported, that only 2% (nearly 9 million) Indian workers are formally skilled. And only around 7% of the population above the age of 15 years receive vocational training.

The average age of the Indian youth is expected to be 29 years by 2020, the lowest in the world. While it is said that the world will experience a shortage of young population by around 56 million by 2020, India will have a surplus young force of 47 million at that time. 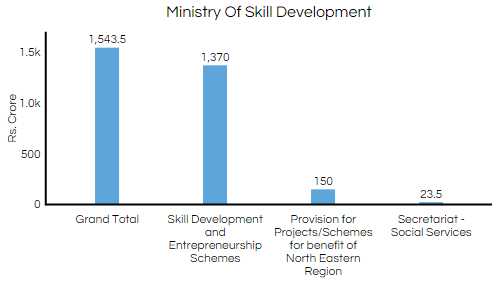 The government under the skill development and entrepreneurship scheme has launched Kaushal Vikas Yojana (Skill Development Programme) allocating a sum of Rs 1,350 crore. A separate allocation of Rs 150 crore has been made for the North East Region under the plan.

The government also plans to enhance the employability of rural youth under the Deendayal Upadhyay Gramin Kaushal Yojana. The DDU-GKY scheme was earlier known as the Aajeevika skills or National Rural Livelihood Mission under the Ministry of Rural Development.

Let us look at the budgetary allocations for rural skill development schemes since 2012-13. 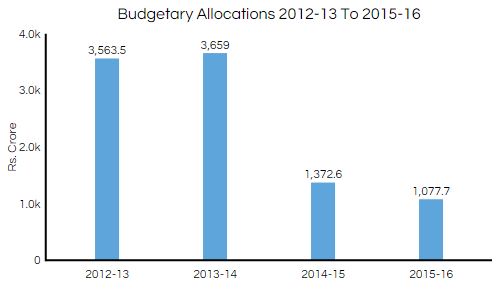 It is interesting that the government plans to enhance rural employment through skill development but the budgetary allocation has declined over the years.

According to National Skill Development Corporation (NSDC), a public-partnership (PPP) initiative aimed at promoting skill development through for-profit vocational institutions, here is requirement of 120 million skilled personnel in the non-farm sector between 2013 and 2022.

Let us look at the number of candidates trained and employed in the last three years under the programme.

So, it would be interesting to see how the government multiplies the required skilled force by 2022, now that it has created a new Ministry for Skill Development.