Shocking: 36,091 people killed in train accidents in a decade

Nine people were killed in a fire accident that broke out in the three-coaches of the Mumbai-Dehradun Express in the wee hours of Wednesday morning. Western Railway officials suspect that a cigarette or some other inflammable material may have caused the blaze which ripped through the coaches. IndiaSpend decided to look up data from the Ministry of Statistics (MOSPI) to understand the extent of how many people have been injured or have lost their lives in railway accidents. 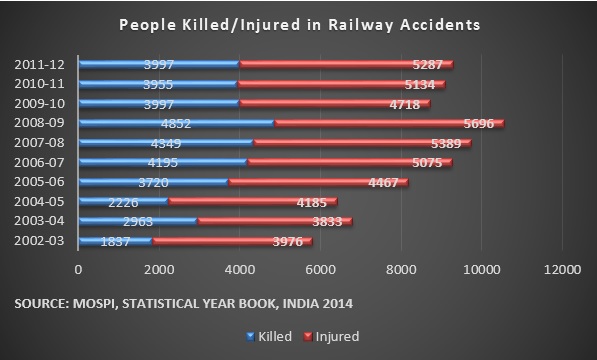