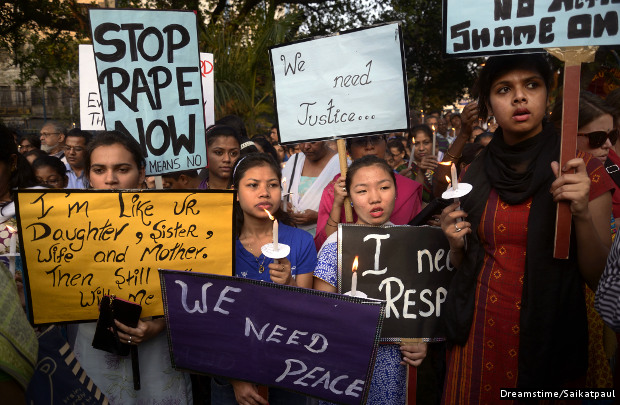 * Sexual assaults against women and rape are the top crimes against scheduled castes (SCs).

* Among India's 29 states, multicultural Goa, ranked 26th by population, has the highest crime rate against SCs.

These are some of the highlights of crimes against SCs, gleaned from the Crime In India 2014 report, released by the National Crime Records Bureau (NCRB).

There were 67 crimes against SCs in Goa—the state is 66% Hindu, 25% Christian and 8% Muslim–for every one lakh scheduled caste individuals, the data reveal. Goa is followed by Rajasthan (66) and Andhra Pradesh (49).

Source: Census 2011; National Crime Records Bureau; Note: State of Andhra Pradesh excludes Telangana-Andhra Pradesh Population; *Crimes per one lakh SC individuals; The actual population of SCs per lakh in Goa is 0.25 which is rounded to 0.3 as per NCRB.

The major crime against SCs is assault on women to outrage her modesty (Section 354 IPC).

The section is further classified into sexual harassment (section 354A IPC), assault or use of criminal force with intent to disrobe (section 354B IPC), voyeurism (Section 354C IPC), stalking (Section 354D IPC) and others.

Crimes against Dalits, the lowest among scheduled castes, recently hit the headlines.

A young Dalit writer escaped an attack in Karnataka by a group of men who threatened to chop off his hands for writing against the caste system, perceived by them to be “anti-Hindu”.

In Haryana, upper-caste Rajputs burnt alive two Dalit children as revenge against their father for a murder last October.

The top five states accounted for 69% all crimes against scheduled castes across India.

Murder is the sixth-most committed crime against SCs with a total of 794 cases reported.

Of 47,064 crimes against SCs in 2014, 40,300 cases were reported under various sections of the Indian Penal Code and the Prevention of Atrocities Act.