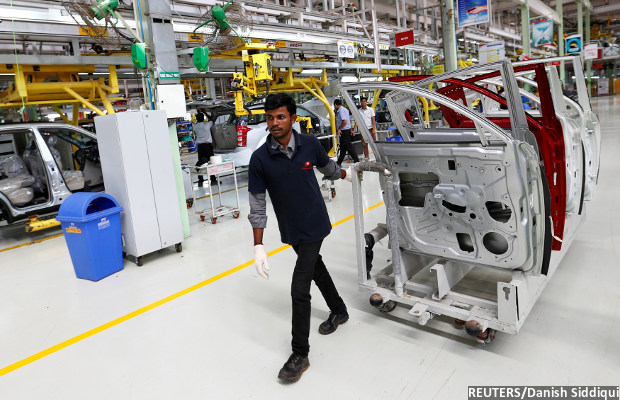 It took a manufacturing start-up 83.6 days on average to get land, 58.7 days for construction permits, 44 days to get an electricity connection, and 30.2 days to get a water connection, while the firm faced an average of 33.6 hours of power shortage and 33 hours of water shortage a month, found the first ‘Ease of Doing Business Report’ compiled by the NITI Aayog, the government’s think tank and IDFC institute, a Mumbai-based public policy think tank.

“If India is to enter the “double digit” economic growth club, clearly it will need to continually streamline and improve the business environment,” the report said.

The survey, which included both start-ups--firms that started during or after 2014--and older firms, found that the process of getting approvals was easier for new firms, which suggests that setting up a business has become faster over recent years, the report said.

In comparison, it took 18.5 days to start a new business and 79 days to deal with construction permits in Kuala Lumpur, the capital of Malaysia, according to the World Bank's Doing Business Report 2017. (Note: The NITI Aayog survey and the World Bank survey are not comparable as both use different methodologies.)

This NITI Aayog report is based on surveys of 3,276 manufacturing enterprises in the formal sector, including 141 early stage firms, across 23 manufacturing categories, conducted by Kantar-IMRB, a market research agency in 2016. The survey covered all states and union territories except Arunachal Pradesh, Mizoram, Andaman and Nicobar and Lakshadweep.

The survey also included interviews with lawyers, chartered accountants, and company secretaries in several states, and had a much wider scope than the World Bank's Doing Business Surveys which focus only on Delhi and Mumbai.

Process of getting approvals faster for new firms

Start-ups took fewer days for most approvals such as land allotment, construction permits and getting a water, electricity or sewerage connection, but longer to get environmental clearances, the survey found.

The shorter approval time can partly be explained by the fact that most start-ups were in high growth states where approvals are faster than the rest of the country. But the approvals were faster for start-ups than older firms in other states too, the survey found, suggesting that, overall, the time for setting up a business has reduced.

“Enterprises in high-growth states are significantly less likely to report major or very severe obstacles in land and construction related approvals, environmental approvals and water and sanitation availability as compared to enterprises located in low-growth states,” the report found. High growth states are those that had growth rates higher or equal to the median average growth rate between 2004-05 and 2013-14.

Firms with more than 100 employees also took significantly longer, reported higher costs for necessary approvals, and were more likely to complain that regulatory obstacles hindered business, than smaller firms with less than 10 employees. This indicates it remains very hard for firms to scale up or grow in size, the report said, and could explain why firms in India are overwhelmingly small, with 98.6% of non-agricultural establishments employing less than ten workers, according to the latest 2013-2014 Economic Census.

One of the ‘surprising’ findings, the report said, was the low awareness among enterprises about single-window clearance systems instituted by states. “On average, only about 20% of start-ups, which are of recent origin, reported using single window facilities for setting up a business,” the report found. Less than half (41%) of experts had any knowledge of the existence of these facilities.

Time taken to solve legal disputes varies widely from state to state from one to 13 years, the survey found. The average time it took for a case to resolve was 598 days or, 1.6 years, in civil court, while the average time a case that was still pending had been in court was 1,304 days or, 3.6 years.

The survey also found that the largest source of financing for a firm was from enterprise retained savings (35%), followed by borrowing from banks (32%) and personal savings (25%).