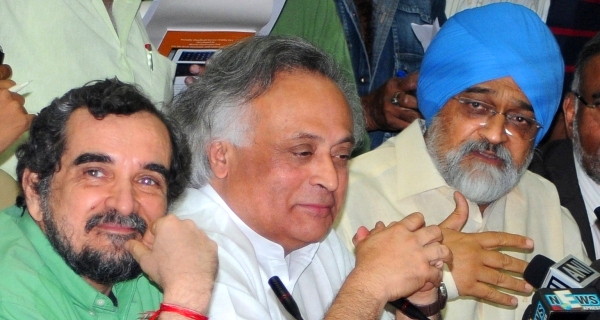 India's 'poverty rate' has been debated ad infinitum ever since Montek Singh Ahluwalia, Deputy Chairman of India's Planning Commission announced the fixing of the poverty line at Rs 26 per day for rural areas and Rs 32 per day for urban areas. Those behind the uproar argued that these limits were too low.

IndiaSpend's Dhritiman Gupta puts the spotlight on the poverty debates from a different angle; by looking at how states have performed individually in reducing both rural and urban poverty.

For the uninitiated, the findings might surprise. First, states like Orissa, Maharashtra and Tamil Nadu lead the rural poverty reduction charge in the period 2005-09.

On the other hand, the number of poor in urban areas went up in Gujarat, Assam, Bihar, Jharkhand, Uttar Pradesh and West Bengal in the same period.

Bihar might sound particularly surprising since this is a state that has also shown rapid economic growth in this period.

In fact the poverty lines of different states are set at different levels, to calibrate it with the price levels there. Let's look at poverty lines of states in 2009-10. Only states with more than 10 million (classified) poor people have been taken.

Many Survived Below Prescribed Poverty Lines

As you can see from the table, all the states had poverty lines below Rs 26 per day for rural areas and Rs 32 per day for urban areas in 2009-10. In fact only Maharasthra came close to matching those lines. The rural poverty line in Orissa was as low as Rs 18.9 per day and urban poverty line was Rs 24.5 per day in 2009-10.

So, the Planning Commission had actually revised the poverty line upwards in 2011. The question which did the rounds was whether a person could survive with such meagre amounts. The fact is that 354.6 million people were doing so with even lesser amounts in 2009-10.

Let's look at the poverty rates and number of poor people in the states. First we will look at rural areas and then go on to urban.

As can be seen from the table, 278 million of rural people were poor living with less than Rs 22.4 a day in 2009-10. Bihar and Uttar Pradesh account for 109.8 million of the total number of rural poor.

The number of poor people in urban areas, however, went up in Assam, Bihar, Gujarat, Jharkhand, Uttar Pradesh and West Bengal over 2004-09.

This report is not going into the reasons for some states showing either rising or falling urban/rural poverty rates. But it's clear from the data that a dissected state-wise view is critical to understand where the gains and losses are happening; in the context of the larger 'growth story'.

Now to return to the poverty debates; the number of poor and poverty rate is bound to rise under this new elevated poverty line which we referred to at the outset. What is a justifiable poverty line is however a different question altogether.