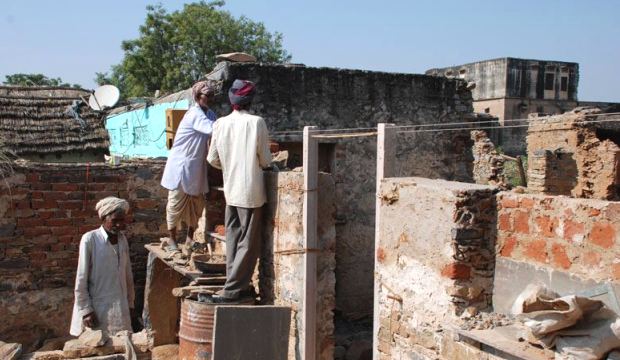 The government has spent Rs 60,239 crore ($9.55 billion) to build nearly 13 million homes for below poverty line (BPL) families between 2008 and 2013. And yet, according to India's government auditor, Comptroller & Auditor General of India (CAG), “the problem of housing shortage assessed at the beginning of the XI1th Five-Year Plan (2006-2011) remained almost of the same magnitude at the beginning of the XIIth Plan (2012-2017).”

CAG has indicted the government for faulty implementation of Indira Awaas Yojana, a central government programme for providing assistance of below poverty line (BPL) families to construct safe and durable houses.

The report also gains significance since Prime Minister Narendra Modi has set a new target for the government: pucca (permanent)houses for all by 2022.

Here are some findings by CAG:

* In 7 states, 33,536 beneficiaries were selected from outside the permanent IAY waitlists and paid assistance of Rs 138 crore.

* In 8 eight states, 5,864 beneficiaries were selected more than once and payment of Rs 14.67 crore was made to them.

* IAY beneficiaries were deprived of safe drinking water, free electricity connection and sanitary latrine due to non-convergence of other schemes as planned by the government.

The report also said that a working group of the Planning Commission had fixed construction target of 17 million under IAY for 2008-13. However, only 12.89 million houses (75.84%) were constructed during the period, indicating that IAY could not bridge the housing shortage in the country.

IndiaSpend had earlier reported about housing shortages, both urban and rural, and how the problem is being tackled by the government.

Another key point highlighted by the report was that the programme missed the target of funding minimum 60% to scheduled castes and scheduled tribes (SCs & STs) consistently over the period under review.

So, even after spending over Rs 33,000 crore for building houses for SCs/STs, the government has missed the key target of 60% funding for such families. And same is the case with minorities.

Here are some recommendations from CAG to address the concerns: periodic assessment of housing shortages; selection of beneficiaries to be made transparent; regular inspections of houses under construction, and ensuring beneficiaries have bank accounts and second installment to be released to the bank accounts. 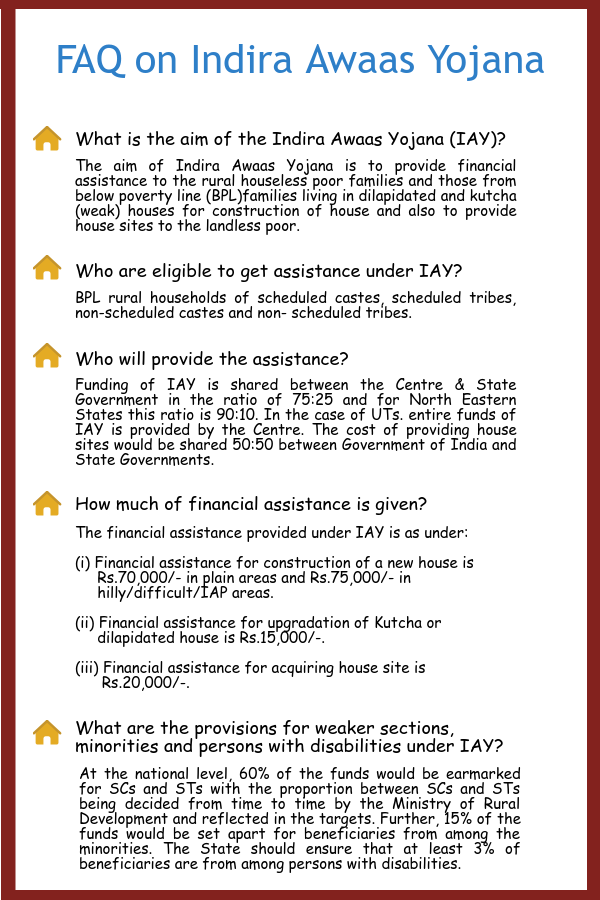