Aadhaar Aside, Five Issues That Could Be Affected By SC Ruling On #RightToPrivacy 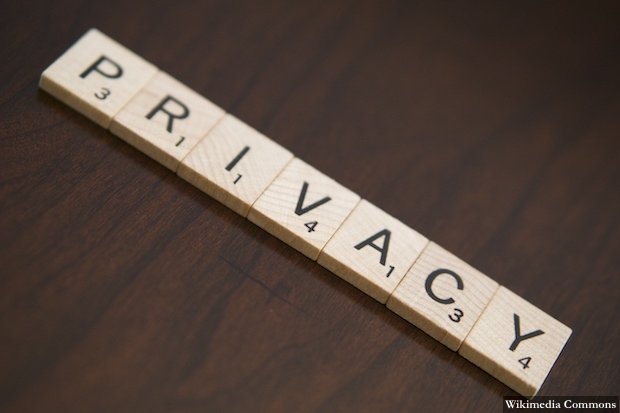 Freedom of sexual orientation, right to eat what one wants to, right to medically terminate a pregnancy, freedom to criticise the government and right to control dissemination of personal information in the physical and virtual world, are some of the issues that could be affected in later judgments after the Supreme Court ruled the right to privacy is a fundamental right under the Indian Constitution in a historic verdict on August 24, 2017. This is apart from its impact on Aadhaar, the government’s 12-digit biometric identification programme.

“The right to privacy is protected as an intrinsic part of the right to life and personal liberty under Article 21 and as a part of the freedoms guaranteed by Part III of the Constitution,” wrote Chief Justice India J S Khehar along with Justices R K Agrawal, D Y Chandrachud and S Abdul Nazeer.

A constitution bench of nine judges, headed by Chief Justice Khehar, decided the matter in a unanimous ruling, answering the question: ‘Do Indian citizens hold the fundamental right to privacy?’

Telephone tapping and internet hacking of personal data by the state falls within the realm of privacy, the court observed. “The instant reference arises out of such an attempt by the Union of India to collect bio-metric data regarding all the residents of this country. I do not think that anybody in this country would like to have the officers of the State intruding into their homes or private property at will or soldiers quartered in their houses without their consent,” wrote Justice Chelameswar.

WHAT THE SUPREME COURT SAID:

“I do not think that anybody would like to be told by the State as to what they should eat or how they should dress or whom they should be associated with either in their personal, social or political life. Freedom of social and political association is guaranteed to citizens under Article 19(1)(c).”

Right To Medically Terminate A Pregnancy:

“Concerns of privacy arise when the State seeks to intrude into the body of SUBJECTS… A woman’s freedom of choice whether to bear a child or abort her pregnancy are areas which fall in the realm of privacy.”

“lt must be realised that it is the right to question, the right to scrutinize and the right to dissent which enables an informed citizenry to scrutinize the actions of government. Those who are governed are entitled to question those who govern, about the discharge of their constitutional duties including in the provision of socio-economic welfare benefits... Every individual in society irrespective of social class or economic status is entitled to the intimacy and autonomy which privacy protects. It is privacy as an intrinsic and core feature of life and personal liberty which enables an individual to stand up against a programme of forced sterilization”

“The State must ensure that information is not used without the consent of users and that it is used for the purpose and to the extent it was disclosed. Thus, for e.g. , if the posting on social media websites is meant only for a certain audience, which is possible as per tools available, then it cannot be said that all and sundry in public have a right to somehow access that information and make use of it.”

In response to the verdict, the central government focused on the SC's point that the fundamental right to privacy “…requires a careful and sensitive balance between individual interests and legitimate concerns of the State," according to this press release.

This includes, as the Court mentioned in its verdict, protecting national security, preventing/ investigating crime, providing social welfare benefits, and encouraging innovation and spread of knowledge, the release said. The Centre also said it is "committed to this object".

The need to constitutionally define citizens’ right to privacy as a fundamental right arose from an on-going matter in the Supreme Court, when a number of petitions were filed against the Aadhaar Bill, first introduced in Parliament in 2011. Parliament passed a redrawn version of the Bill, now known as the Aadhaar (Targeted Delivery of Financial and Other Subsidies, Benefits and Services) Act in 2016.

The petitions challenged the Act’s constitutional validity for failing to address concerns of privacy and autonomy, errors of exclusion of beneficiaries and possible denial of welfare benefits, and risks to national security.

In 2015, the court said a constitution bench (of five judges or more) should examine the question of privacy as a fundamental right prescribed under Article 21 of the Constitution.

Article 21 refers to protection of life and personal liberty, a fundamental right under Part III of the Indian Constitution.

On July 18, 2017, during the course of a hearing on the Aadhaar Act, the Supreme Court expanded the bench to nine judges.

Hearing the arguments of the petitioners and respondents over six days, on August 2, 2017, they reserved judgement on the issue until August 24, 2017.

The judgement also revisits the top court’s previous decisions in the cases of M P Sharma v. Satish Chandra (decided in 1954), and Kharak Singh v. State of Uttar Pradesh (decided in 1962), and said those verdicts were an incorrect interpretation of the Constitution on the right to privacy.

An eight-judge and a six-judge bench, respectively, in the two cases had previously ruled the Constitution does not protect Indian citizens’ right to privacy.

The central government, backing the Aadhaar programme and contending that citizens enjoy a “common right to privacy”, referenced these judgements in its arguments. This is despite subsequent SC verdicts contradicting the decisions of these two cases and affirming the existence of a constitutionally protected right to privacy--as the bench pointed out in its judgment.

Privacy claims are a better priority of developed countries “not in a country like India where a vast majority of citizens don’t have access to basic needs”, Attorney General K K Venugopal, had said, arguing for the Centre, India Today reported on July 27, 2017.

Holding the Attorney General’s argument “unsustainable”, the apex court said the right to privacy is not ‘elitist’ as it observed: “The refrain that the poor need no civil and political rights and are concerned only with economic well-being has been utilised through history to wreak the most egregious violations of human rights.”

“The theory that civil and political rights are subservient to socio-economic rights has been urged in the past and has been categorically rejected in the course of constitutional adjudication by this Court, ” the bench said.