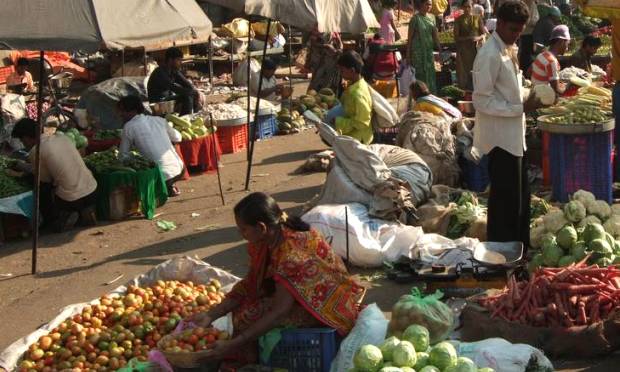 Spending patterns continue to shift in urban and rural India. As do needs. Food is no longer the predominant expenditure head as the latest National Sample Survey Organisation (NSSO) survey report says. Instead, the combination of healthcare and transport has taken up a substantial share of rural spends.

Rural areas historically spent more on food products (63.2%) than did the urban areas (54.7%), according to a NSSO report that dates back to 1993. However, in the 2011-12 report, non-food products overcame food-product expenditure overall in both rural (51.4%) and urban (61.5%) categories. On the other hand, the poorest of the poor in India survive on Rs 17 per day in villages while it increases only to Rs 23 for those living in towns and cities. 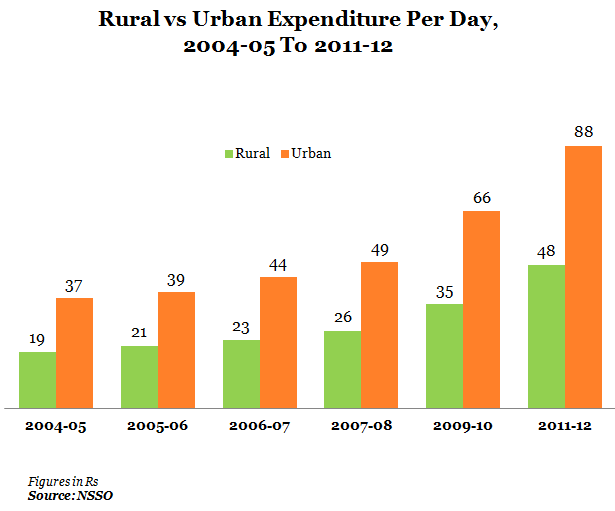 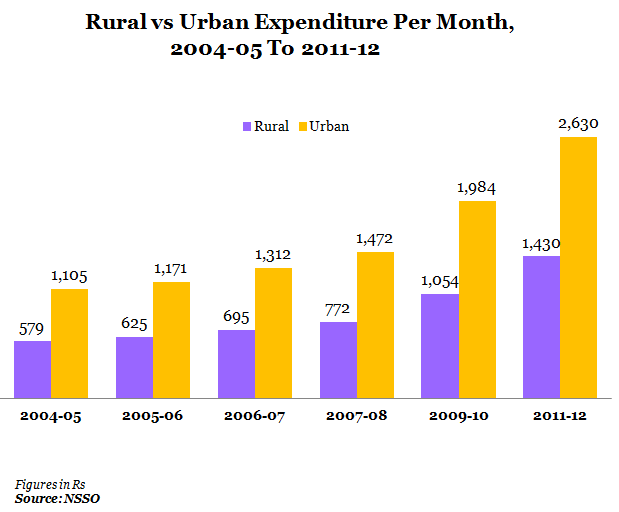 It can be seen from the table above that Indian consumers’ expenditure follows a growing trend. For example, from 2007-08 to 2011-12, spending by rural consumers increased from Rs 772 to Rs 1,430 per month. Over that same period, urban consumer spend rose from Rs 1,472 to Rs 2,630 per month. As we can see, urban consumers’ MPCE multiplies at around twice the rate than their rural counterparts. 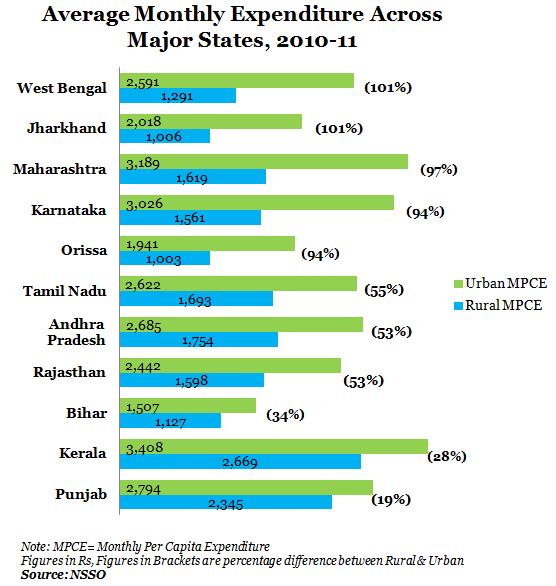 The highest rural-urban differential is in West Bengal, Jharkhand, Maharashtra, Karnataka and Odisha where urban consumption expenditure is almost double that of rural households. Meanwhile, the difference in expenditure is very low in Punjab (19%), Kerala (28%)and Bihar (34%), suggesting less income inequality between rural-urban households.

Increase in inequality of income within both rural and urban sectors

Similarly, in urban India, the average median MPCE was Rs 2,019, and nearly half the urban population fellunder this expenditure. Only 10% reported expenditure above Rs 4,610 and only 5% reported spending above Rs 6,383.

Now we look at what is being consumed with the increased expenditure. Over the years, consumers’ spending on food products has declined in relation to their spending on non-food products. In other words, education, healthcare, entertainment, transportation, rent and other expenses. 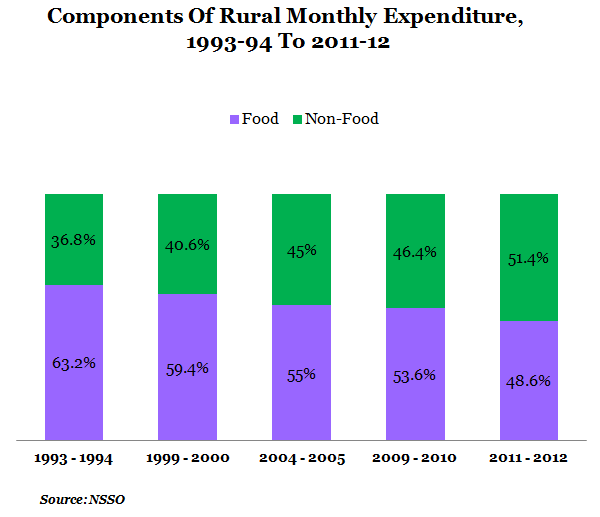 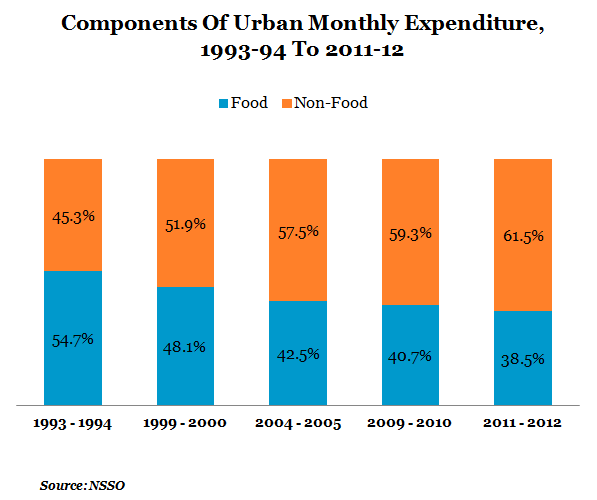 Let us now look at the components of expenditure on food: 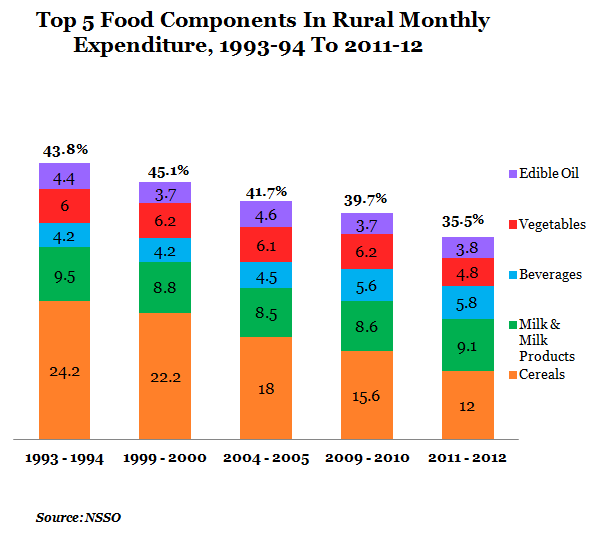 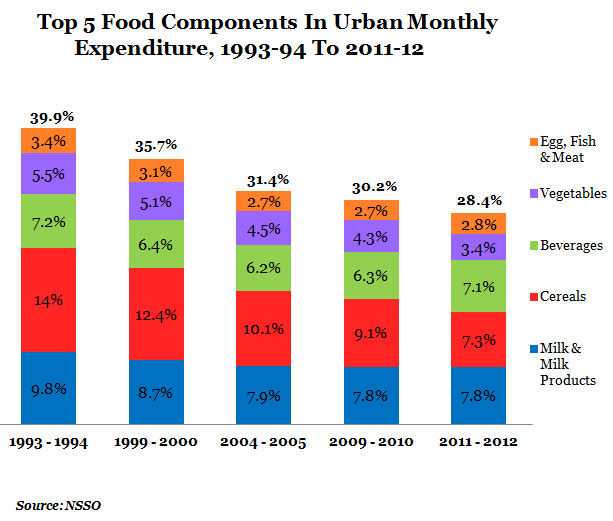 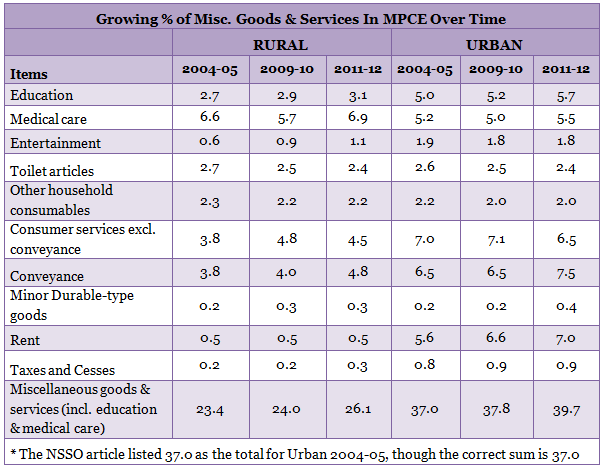