The landslide win by BJP led Narendra Modi is a turning point in Indian political history and social media tools seems to have their share as we can note by the extensive of tools like Twitter by Indian politicians. Here we look at the tweets mentioned on the elections and it was an astounding 58 million tweets since the start of the year with Narendra Modi getting mentioned 11.85 million times since 1st Jan, 2014.

"This is truly the first Twitter Election in India, with all major political parties and candidates actively campaigning & connecting with voters on Twitter. " said Rishi Jaitly, India Market Director, Twitter.

Incidentally, his tweet "India has won" is the most retweeted ever in India. 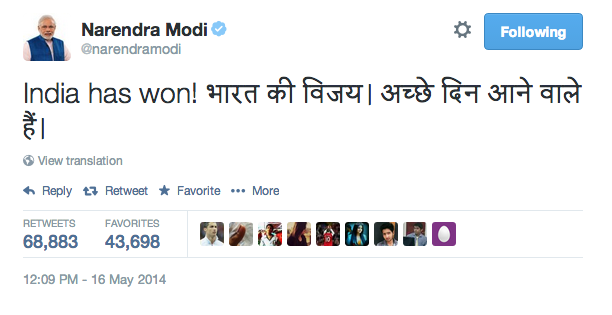 Read the rest of the article here.