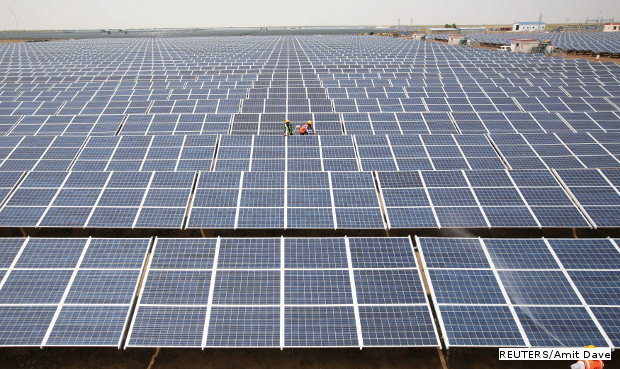 “Power To all” is a mantra used by the National Democratic Alliance (NDA) government, and Prime Minister Narendra Modi recently spoke about the “seven horses” of energy, adding renewable energy sources—solar, wind and biomass—to the present energy mix of thermal, gas, hydro and nuclear.

The potential is enormous.

India has a renewable energy potential of about 895 giga watts (GW)—that is nearly three-and-a-half times India’s entire installed capacity, as of last month. Solar power alone could generate 750 GW. (One GW is 1,000 mega watts (MW), or a billion watts.)

However, as IndiaSpend previously reported, solar power at 2.6 GW contributes to less than 1% of country’s electricity demand of 254 GW.

Renewable energy now accounts for 12% of India’s total power installed, which is 258 GW.

India is the world’s fifth-largest producer of wind energy, with a capacity of 21.1 GW.

Tamil Nadu with an installed capacity of 8.1 GW in renewable energy tops the list, followed by Maharashtra and Gujarat.

One reason for the success of these states is that they are also leading producers of wind energy. Tamil Nadu has an installed capacity of 7.3 GW, followed by Maharashtra and Gujarat.

The government has allowed 100% foreign direct investment (FDI) for renewable energy generation and distribution projects. The FDI inflow was $2.5 billion from April 2000 to February 2013. This is expected to increase in the near future with government trying to attract more investment and manufacturers.

Around the world, renewables power up

Renewable energy sources accounted for 10% of global energy consumption and around 19% of global electricity needs in 2013.

The European Union’s share of global renewable power capacity is declining as the market expands outside the EU.

The NDA government, in its maiden budget last July, increased the allocation towards renewable energy by 118% over the 2013-14 budget of the previous government.

Let us look at the budget allocations for the past 10 years.

The government, through its ‘Make In India’ initiative, is also trying to promote manufacturing of renewable energy equipment. The government plans to promote ‘solar entrepreneurs’ and boost jobs under the skill-development programme.

The Ministry of New and Renewable Energy intends to set up a team of 50,000 ‘Urja Mitra’ (Energy Friends), by roping in educational and training institutions over the next five years.

President Pranab Mukherjee, while addressing the joint session of the Parliament on recently, also referred to the government’s clean-energy efforts. “The share of renewable energy in electricity generation is being significantly enhanced from 6% to 15% of the energy mix in the next seven years,” President Mukherjee said.

It is now time to see if the government will walk its renewable talk. 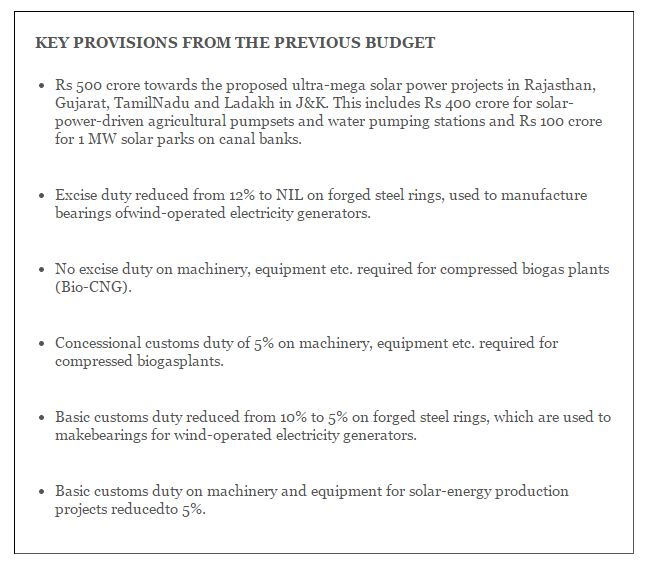