In Gujarat, the percentage of samples testing positive has nearly doubled from 4% to 7.9% in the last 11 days, an IndiaSpend analysis of testing data from five states that make up for 65% of the cases in the country has shown.

The positivity rate (percentage of positive samples in total samples tested) in India has stayed almost the same since March 24, when the lockdown was announced, said C.K. Mishra, chairperson of the second empowered group constituted for COVID-19. This means that the situation has not worsened much, he claimed.

While India’s positivity rate has stayed around 4-4.5%, the rate in Maharashtra, Delhi and Madhya Pradesh has stayed above that for the last 11 days. Gujarat, where 4% of the tests were positive on April 13, had a rate of 7.9% on April 23, the highest. 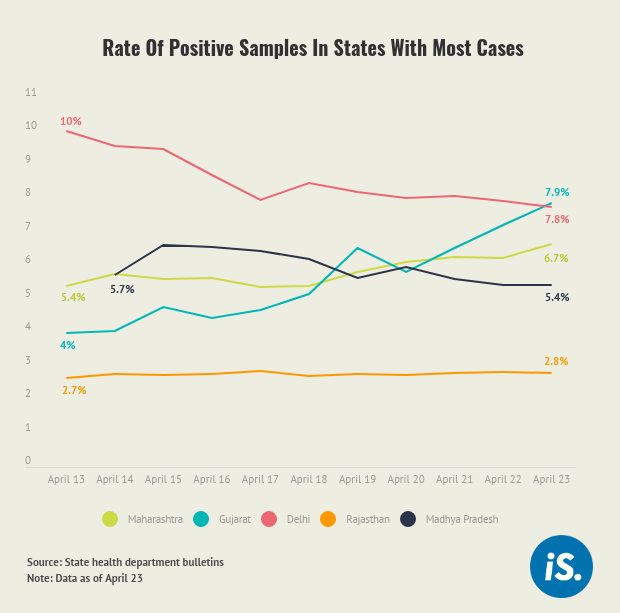 Madhya Pradesh has seen a steady rate ranging between 5.4% and 6.7%. Rajasthan has the lowest rate among the five states, which too has been steady (2.7-2.9%) over the last 11 days.

Delhi, which was the first state to report a case among the states analysed, has tested 30,560 samples. Gujarat (33,316) and Madhya Pradesh (31,078), which reported their first cases on March 20 and 21, respectively, have tested more samples than Delhi. 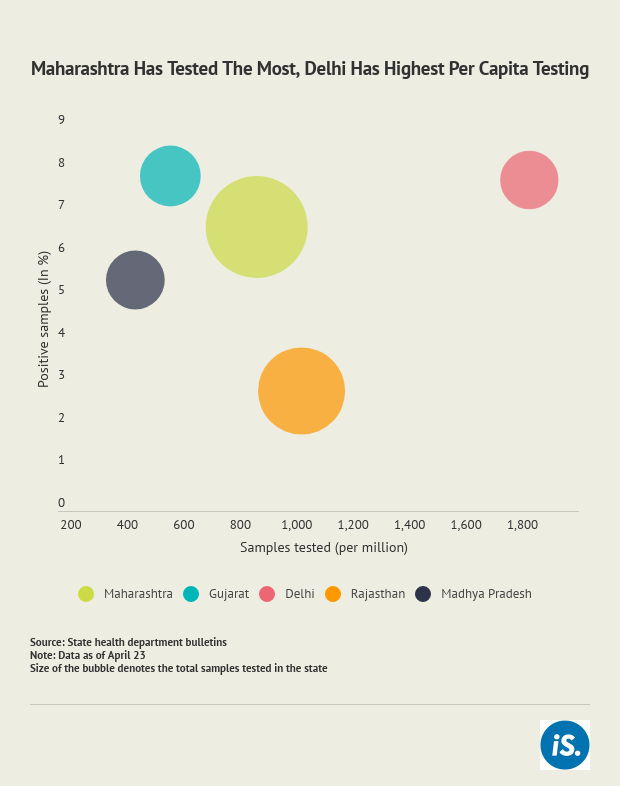