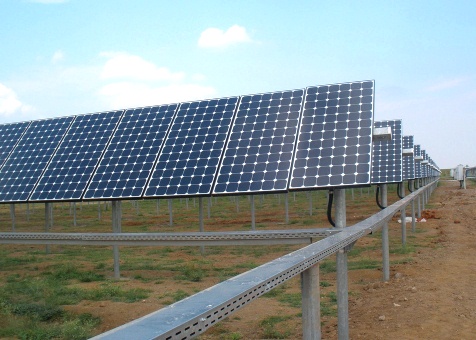 The bad news; Only 25% of the target set for solar power generation has been met in Phase 1 of the Jawaharlal Nehru National Solar Mission, which ends next year, i.e. 2013. India needs to do more if it wants to harness solar power.

The interesting news: one state, Rajasthan, has commissioned and undertaken solar power projects in numbers that are way ahead of any other Indian state under the centrally sponsored scheme of Jawaharlal Nehru National Solar Mission. If successful and sustainable, the desert state can set an example for many states and perhaps even nations to follow.

A quick background; in an effort to combat climate change, the Ministry of New and Renewable Energy launched the Jawaharlal Nehru National Solar Mission on January 11, 2010. The mission recommended implementation in three stages leading up to an installed capacity of 20,000 MW by the end of the 13th Five Year Plan in 2022.

IndiaSpend's Prachi Salve and Danielle Collaco filed a Right To Information (RTI) petition with the Ministry of New and Renewable Energy to dig out more details on the mission.

The Ministry says the government has approved an amount of Rs 4,337 crore for activities proposed under the first phase of JNNSM till March 2013. The outlay is being financed though Gross Budgetary Support to the Ministry of New and Renewable Energy.

Table 1: Schemes Under Phase 1 of JNNSM

Under Phase 1 of the JNNSM, a total of 157 projects were supposed to be completed. These projects would generate about 1,142.05 MW of solar power.

Let's take a look at the state-wise break-up of the total number of allotted projects under the JNNSM.

As you can see from Table 3, the highest number of projects (72) has been allotted to Rajasthan, which will potentially generate 873 MW of solar power.

Gujarat and Karnataka have the lowest number of projects with one project each with the potential of generating 20 MW and 5 MW, respectively.

In the first phase of the JNNSM, out of a total of 157 projects, about 102 projects have been commissioned by the government, which are expected to generate about 261 MW of solar power.

Let's take a look at the state-wise break-up of all the commissioned projects under Phase 1.

The cost of solar power – thanks to cheaper solar cells - is dropping steadily, becoming more affordable every year. Entrepreneurs are also developing interesting, localized applications like rooftop power systems rather than massive power stations which carry their own cost and operations risk. For a sunshine rich country like India, solar seems a sure way to go. Question is whether the Rajasthan example will find more takers.