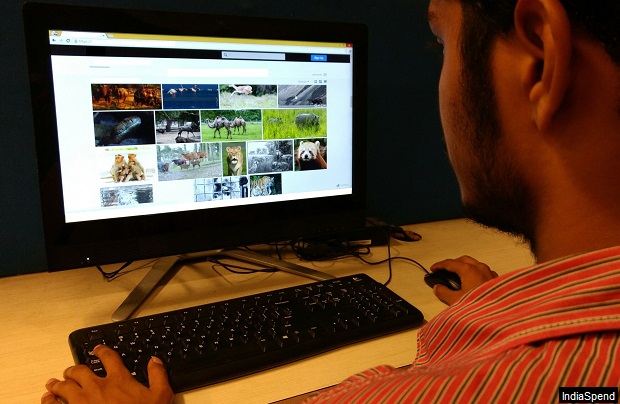 As many as 106 online portals—including Quickr.com, e-bay.com, Olx.in, Amazon.com and Snapdeal.com—are involved in “advertising sale of rare animals and their parts”, according to a reply in the Lok Sabha, parliament’s lower house, on July 19, 2016.

Cyber crime specialists were hired on contract to “carry out regular cyber patrolling” to detect illegal wildlife trade on the Internet, the ministry of environment and forests told the Lok Sabha.

“A meeting of representatives from online trade portals was convened on 19th May 2016 to discuss issues pertaining to online wildlife trade and sensitize them on illegal wildlife trade,” said the ministry.

Poachers and traffickers use code words to trade protected animals online in India, according to this India Today report. These include aloo (potato) for musk deer, kela (banana) for elephant tusk, striped t-shirt for tiger skin and Australian teddy bear for Koala.

Thanks to the Internet, wildlife trafficking and trade is now available in one of many online market places available to buyers and seller globally.

In 2014, 33,006 endangered wildlife and wildlife products were for sale on 280 online marketplaces across 16 countries, according to data from the International Fund for Animal Welfare, a global advocacy. Ivory, or items suspected to be ivory comprised 32% of such sales, followed by reptiles—26%. Live animals featured in 54% of the advertisements, valued at nearly US $11 million (Rs 67 crore).

As many as 2,292, 1,169 and 161 wildlife trafficking cases were reported across India in 2013, 2014 and 2015 respectively, according to this Lok Sabha reply on May 3, 2016, leading to the arrest of 205 suspects over the last three years. The Indian government’s Wildlife Crime Control Bureau is tasked with combating organised wildlife crime.

Portals Advertising Sale Of Rare Animals And Their Parts 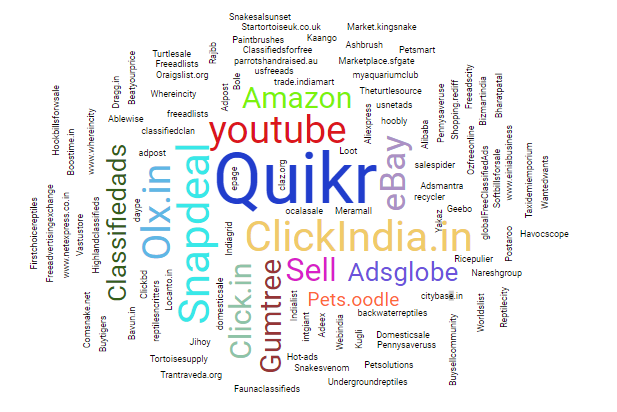