Punjab & Haryana: How Green Was My State 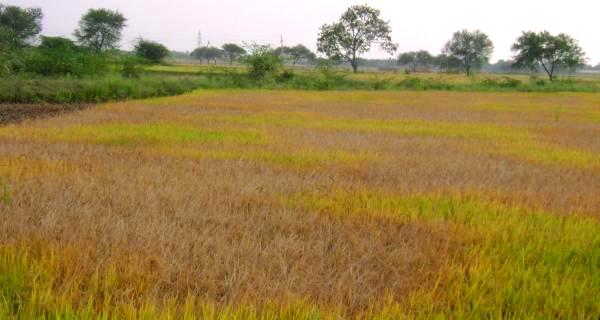 The Green Revolution seems like a long time ago – actually that shouldn’t be surprising since it was 1963. Many studies have been done on how it spurred an agricultural boom that leapfrogged India to a state of self-sufficiency in foodgrain.

Relatively less has been written on how and whether Punjab and Haryana – the two states that led India’s resurgence in agriculture – maintained the momentum gained from the Revolution.

IndiaSpend’s Dhritiman Gupta goes back 20 years (or as far as available data allows) to find that both states didn’t sufficiently capitalise on the wave and only partially managed to bridge the gap through industrialisation.

Both Punjab and Haryana made up to some extent with industrialisation; but not to the extent that they perhaps could have. Moreover, agriculture itself has been stagnant. As data shows later in the report, nor did the two states manage to build better social indicators either.

The years since 2003-04 have been better for Punjab compared to the previous years. Punjab was able to break the double digit growth barrier in only one year; 2006-07. On the other hand Haryana has managed good growth rates since 1997-98, even though the rates have fluctuated.

Why has Punjab lagged the whole country and Haryana in particular? Let’s look at the state’s GDP growth rate, as well as that of the agricultural and industrial sectors.

First the growth rate of the GSDP of the states.

Now, let’s take a look at the agricultural growth rates of Punjab and Haryana.

Punjab lagged Haryana in terms of agricultural growth rates over both the periods 1996-04 and 2004-10. In fact the agricultural leader during Green Revolution could rank only 20th out of 32 states and union territories over 1996-04. The rank improved marginally to 18th for the period 2004-10.

If we look at the industrial sector, Punjab seems to have done better than Haryana over the period 2004-10. Over 2000-04, industries in Punjab were almost stagnant, growing at an average rate of 0.8%.

Over the same period Haryana did well to record a rate of growth of 6.4%. Since then Punjab has stolen the show as far as industries go. Over 2004-10, the industrial sector in Punjab grew at an average rate of 10%, while Haryana could grow at 7.5%.

Now look at how the people of these two states are faring. We first look at the per-capita (per person) income of these states.

Haryana was behind Punjab in 2000-01, when it came to per-capita income. An individual in Haryana earned Rs 24,412 per year while an individual in Punjab earned Rs 25,986. Since then however Punjab has fallen way behind Haryana.

In 2011-12, an individual in Haryana earned Rs 63,045 while one in Punjab earned Rs 46,688. Over this decade Haryana had increased its per-capita income by 2.5 times while Punjab could not even double it.

In 2011, the sex-ratio of Haryana had improved to 877, while in Punjab it improved to 893. However, when compared to sex-ratio of states like Kerala (1084), Chhattisgarh (991) and Andhra Pradesh (992), the performance of these states is not encouraging.

Most states need strong agriculture to back their overall growth and prosperity. Several IndiaSpend studies have found that weak agriculture growth can upset the big growth picture. Moreover, a larger chunk of the population depends on agriculture so the numbers don’t tell the whole story.

Punjab faces a tough challenge on the agriculture front now, particularly since ground water levels have gone down drastically in the state. Studies by the National Geophysical Research Institute have shown that the increasing extraction of Groundwater has resulted in a decline of water levels, especially fresh groundwater levels. In central Punjab, the levels have been falling at 0.2 to 0.3 metres per year. While industrial growth could perhaps bridge the gap and help the state grow, it’s clear that the Green Revolution (in spirit and implementation) is now mostly a matter of historical record.