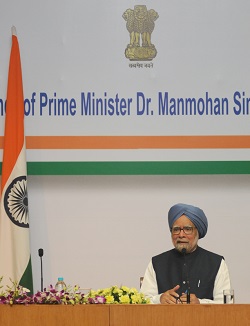 * Widened educational opportunities through Sarva Shiksha Abhiyan and scholarships for SCs, STs, OBCs and minorities with focus on the girl child and young women.

* Not been successful in generating employment in the manufacturing sector.

* Not been successful in controlling inflation primarily because of high food inflation.

Prime Minister Manmohan Singh ruled out a third term for himself after the 2014 general elections. "In a few months, after the elections, I will hand the baton over to a new PM. I hope it will be a UPA PM," Singh said today in his 2nd full-fledged press conference during the UPA-II rule and the 3rd in his entire 10 years as Prime Minister.

In his strongest ever attack on Bharatiya Janata Party's Prime Ministerial candidate Narendra Modi, Singh said that someone who "presided over massacre of citizens on the streets of Ahmedabad" shouldn't be the PM.

Calling Prime Minister's remarks on Modi laughable, BJP hit out at Singh, saying that the 9 years of UPA rule were disastrous for the country. BJP president Rajnath Singh said: "Narendra Modi has made Gujarat a model of development for the country, PM's statement on Modi is condemnable."

Singh listed out the achievements of the UPA Government - GDP growth of 9% and inclusive economic policies benefitting the poor and underserved.

On inflation, Singh admitted that “worry about inflation is legitimate but we should also recognise that incomes for most people have increased faster than inflation. Per-capita consumption in both rural and urban areas has increased significantly.” 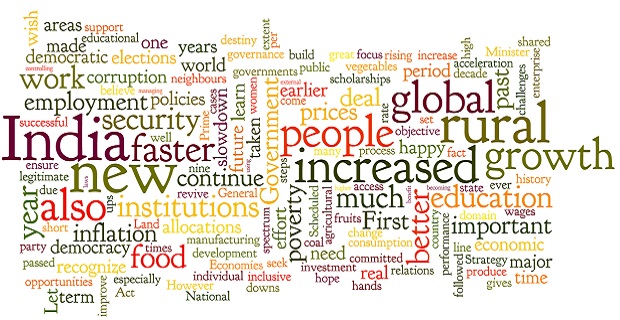