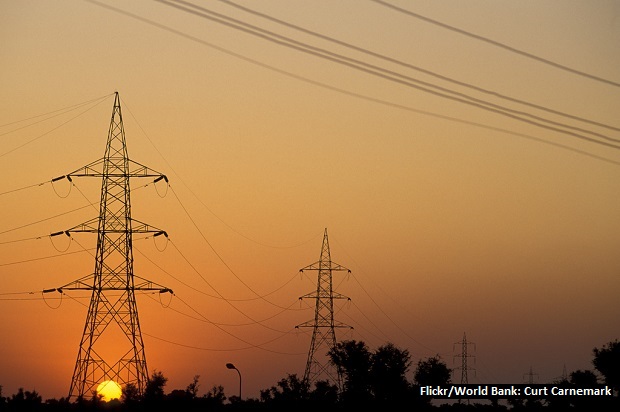 Bihar is now India's second-fastest growing economy among poor states, with a peak power demand that has risen 94% about seven years. This growth-driven surge in electricity demand sounds impressive--until you sift through the details of the data.

With 104 million people, India's third-most populous state reported a peak power demand of 3,500 mega watt (MW) in 2014-15, about the same as Mumbai (which has a fifth of Bihar's population).

The per capita power consumption in Bihar is 144 kilo watt hour (kwh), 85% lower than the all-India average of 927 kwh. Only 26% of rural households are electrified, the worst of any state, IndiaSpend reported earlier.

It is clear that Bihar cannot meet the rising electricity demands of its people.

Bihar faces a power deficit (the difference between peak demand and electricity supplied) of 19%, according to the Economic Survey 2014-15.

Despite the mismatch in data, the energy deficit has clearly dropped.

Source:Central Electricity Authority; Figures in MW; Data as on August 31, 2015

The installed electricity generation capacity in Bihar was 2,759 MW on August 31, 2015. This is 1% of India's power capacity and 8% of the eastern region (Jharkhand, West Bengal, Odisha, Sikkim, Damodar Valley Corporation and Bihar).

Among the eight backward states of Bihar, Chhattisgarh, Jharkhand, Madhya Pradesh, Orissa, Rajasthan, Uttarakhand and Uttar Pradesh, Bihar (4%) had a lower power deficit, compared with Chhattisgarh (4.7%) and Uttar Pradesh (17%) during 2014-15, according to the CEA’s Load Generation Balance Report 2015-16.

Some states, such as Rajasthan and Uttarakhand, had no power deficits. India’s power deficit was reported to be 4.7% during the year 2014-15.

Jammu and Kashmir is the most energy-starved state along with Andaman and Nicobar facing power deficit of 20%.

So, Bihar appears to be doing well, as regards power deficits, but that is because its power demand, capacity and generation, as we mentioned, are very low.

Bihar’s power generation is primarily dependent on thermal energy (91%), while hydro and renewables account for only 5% and 4%, respectively.

Bihar is also challenged by high transmission and distribution (T&D) losses, reported to be 42% in 2013-14 against the Indian average of 27%.