Poverty Does Not = Crime 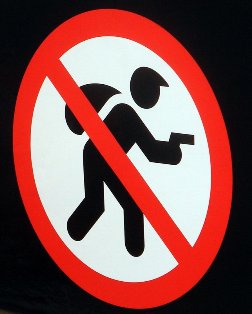 Why do people commit crime? And what are rising crimes linked to? Inequality, disparity, need, feeling of lawlessness or desperation that arises from a combination of some of the above? We continue with our Dostoevskian (sounding) journey.

In an earlier report, we found some correlation between economic growth and crimes involving property. Now we look at other economic indicators like unemployment and poverty and explore a possible (and quick) correlation between them and rising crime (against property) across the country.

We will try and answer the following questions: First, do rising and falling unemployment rates affect crime? Second, do poverty numbers translate into more crime, state-wise?

The answer, actually, is not simple. Possibly there is little correlation. The inverse might be more interesting, which is that high poverty does not mean high crime and falling poverty does not mean lower crime. There might be sound sociological reasons for all this which we are not getting into and unqualified as well. Which means you might not find all the answers but you will surely have a fresh set of questions.

The indicators being examined, mainly unemployment and poverty, are both indicators of adverse economic conditions, which could, at least in common understanding, lead to increasing crimes.

On the face of it, it would appear that the poverty indicators fail to explain the rise of crime. However, there seems to be a correlation between rising IPC crime rates and the rising unemployment rate. Let us look at the state-wise picture to test this correlation further.

First, we look at states with high crime rates against property and correlate unemployment and poverty numbers in those respective states.

Delhi had the highest crime rate (crime calculated per 100,000 persons) in 2012 followed by Haryana. Some of the other states include Maharashtra, Madhya Pradesh, Karnataka and Andhra Pradesh. Most of these states also have high unemployment and poverty numbers.

So, Delhi and Haryana have seen an increase in rate of crimes against property from 2009 to 2012. While Maharashtra has seen no change in the crime rate during the same period, Madhya Pradesh and Karnataka have shown an overall decreasing trend.

Let us now look at states with low crime rates.

How is the link between poverty and crime in these states?

Irrespective of whether the crime rates increased or declined, the poverty numbers have dropped in all the states, including states with the lowest crime rates. And the correlation between crime rates and unemployment varies from state to state. So, we can say that while these two factors have an impact on crime, they are not the sole indicators for explaining the trends in crimes in each state.

Antonio Maria Costa, executive director of United Nations Office on Drugs and Crime (UNODC), said: “Poverty and crime must be addressed, not separately, but together and at the same time. UNODC saw crime as both the cause and consequence of poverty, insecurity and underdevelopment. A comprehensive, balanced approach is needed that let everyone work on different fronts with equal force and effectiveness.”