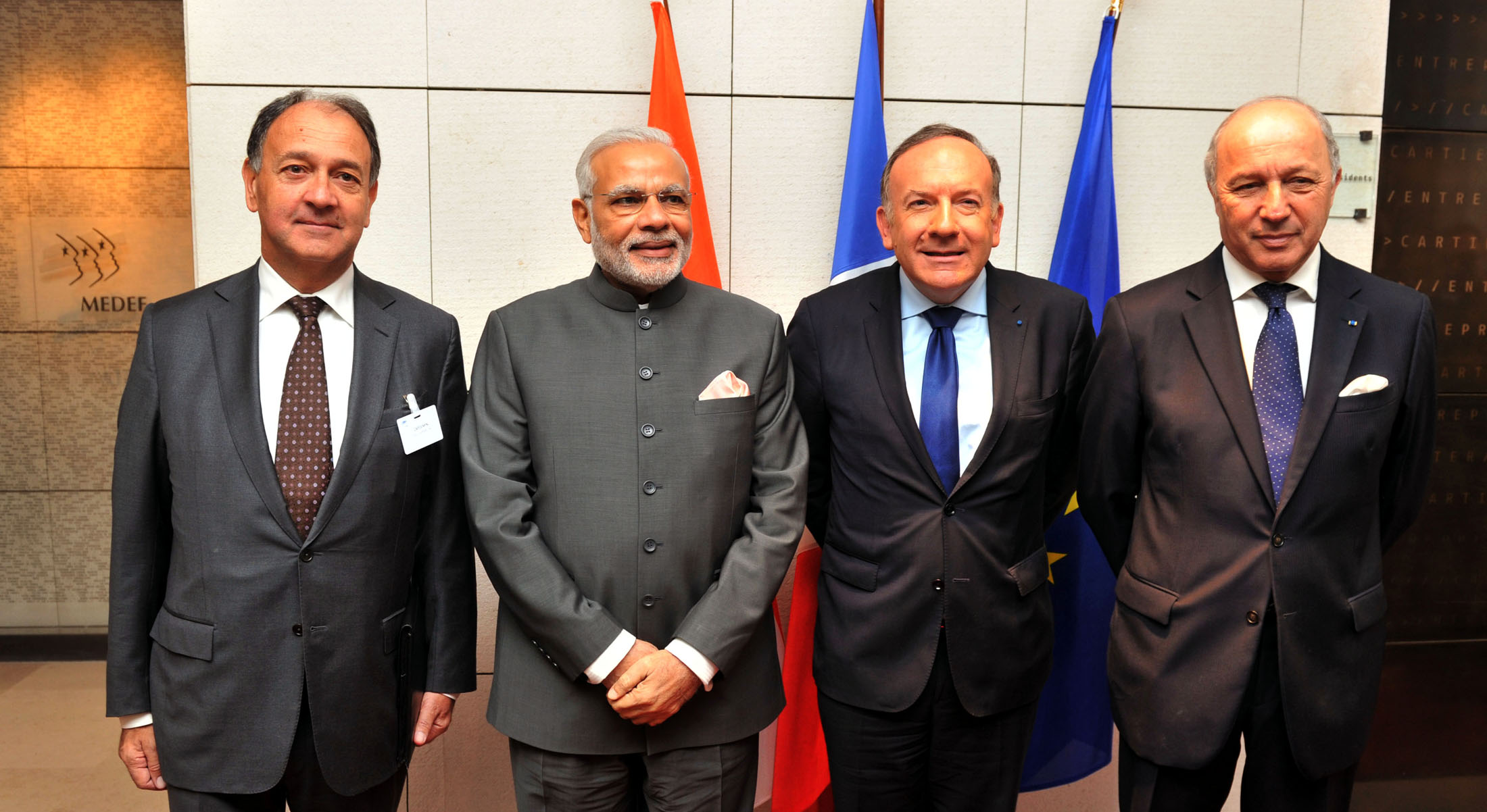 (Prime Minister Narendra Modi with French CEOs at the round table meeting on infrastructure in Paris on April 10, 2015)

The ‘single fare, double journey'—as Modi, using a Gujarati proverb, calls his approach to foreign tours—visit is intended to boost trade ties that could strengthen the Prime Minister’s ambitious Make-in-India programme. Earlier, Prime Minister Manmohan Singh visited Canada in 2010 to attend a G20 Summit where he spoke as well.

India’s major imports from Germany include nuclear reactors and machinery worth $ 3.7 billion in 2013-14.

Vegetables and mineral fuels are India’s major imports from Canada, amounting to $0.75 billion and $0.4 billion, respectively, in 2013-14.

Exports appear to be doing well compared to India’s imports with these nations. Over five years, exports are up 34%, 39% and 81%, respectively, with France, Germany and Canada.

Apparel and clothing accessories are India’s major exports to Germany, valued at $0.62 billion in 2013-14.

Mineral fuels and oils are the leading exports to France, earning $1.1 billion in 2013-14. Iron and steel articles are India’s major exports to Canada worth $0.1 billion.

Since Germany, France and Canada are part of the G-7 group of advanced nations, India could find common economic interests with them, according to India’s Foreign Secretary S. Jaishankar.

Promoting his Make-in-India project, Modi will visit the headquarters of Airbus in Toulouse, where he could finalise a Rs-5,133 crore ($800 million) deal to buy two A-330 Airbus aircraft for the Indian Air Force.

In Germany, the Prime Minister, alongwith German Chancellor Angela Merkel, will inaugurate ‘Hannover Messe’, the largest congregation of business tycoons. He will also attend a round-table with German CEOs and business leaders. India is the partner country of the fair this year; more than 350 Indian enterprises will participate.

Canada, Modi’s final destination, is where he will seek investments while reaching out to the large Indian diaspora.

A civil nuclear deal is also likely to be signed with Canada to supply uranium fuel for Indian nuclear power plants.

Update: The headline has been changed to reflect former prime minister Manmohan Singh's visit to Canada in 2010 as part of G20 summit.